November 10, 2013 4:40 am | Filed under: Around Town,Harborfields School District,News | Posted by: The Huntingtonian

The Oldfield Middle School cafeteria was a melting pot of cultures during the annual Multicultural Food Festival, with students, their families and staff flooding the school to share their favorite cultural dishes, customs and performances. 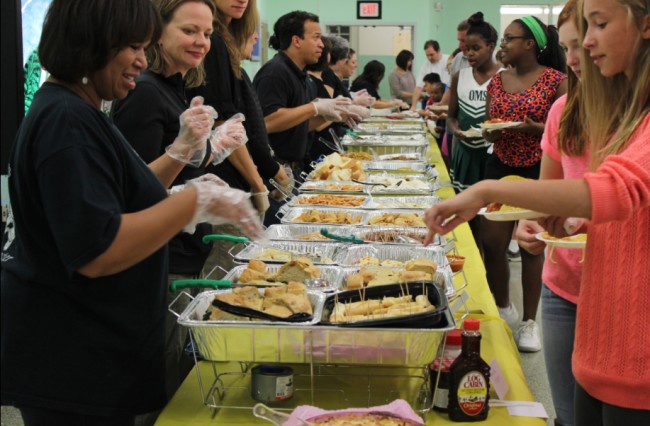