Greenlawn Fire Department volunteers responded to a house fire on Leigh Street, Saturday night, November 9, at around 10:35 p.m. The fire apparently was caused by a light fixture outside the front entrance, that spread up the facade into the soffit and front roof. Quick action by Greenlawn firefighters quickly contained the fire and minimized damage to the home. Forty firefighters operated at the scene with an engine, two ladder trucks and an ambulance, with the Huntington Manor Fire Department providing an additional engine and crew for a Rapid Intervention Team. The Centerport Fire Department dispatched an engine for standby coverage at Greenlawn’s quarters. About eight residents safely escaped the house prior to the arrival of police and firefighters. Units were under the command of Chief Scott Waryold and First Assistant Chief Kurt Allen. The cause of fire appears to be electrical in origin, and is under investigation by the Huntington Town Fire Marshal. Suffolk Fire-Rescue Coordinators were also at the scene assisting. 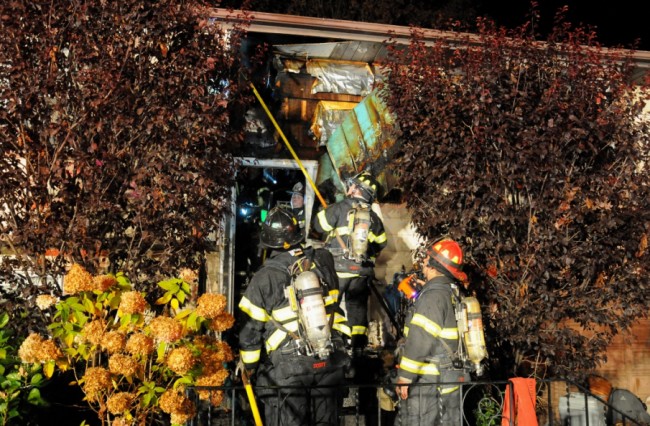 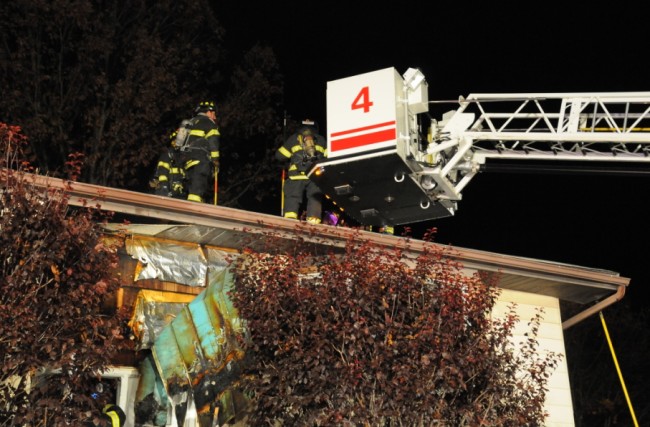