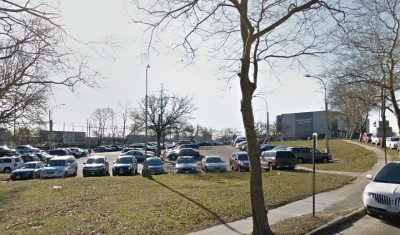 The town board is considering a zoning change for a parking lot in Huntington Station located on the south side of Railroad Street, east of Lowndes Avenue, next to the Community First Aid Squad.

We are in the process of trying to obtain an official map of the Huntington Station Overlay District. Previous FOIL attempts have been unsuccessful and the map does not appear to be available online. Renaissance Downtowns did not have an official map available.  We have submitted another request to the town planning department.