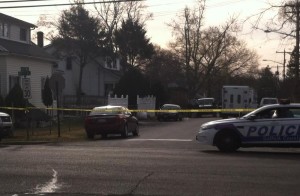 Second Precinct police officers and Huntington Manor firefighters responded to a house fire located at 122 4th Ave. at 11:42 p.m. When officers and firefighters arrived, they discovered Joseph Martinez, who escaped the fire from a basement window, outside the home. His mother, Reyna Paris, and sister, Rosemarie Martinez, who had Down syndrome, were discovered in separate bedrooms on the second floor.

All three victims were transported to Huntington Hospital. Paris, 64, and her daughter, 29, were pronounced dead at the hospital. Joseph Martinez, 29, was treated for minor injuries.

A cause of the fire has not been determined.  Anyone with information about this fire is asked to call the Homicide Squad at 631-852-6392 or anonymously to Crime Stoppers at 1-800-220-TIPS. All calls will remain confidential.