The Huntington Fire Department was dispatched to a fire in a barn with an attached chicken coop on School Lane in the Village of Lloyd Harbor, Friday night, November 15, at about 9 p.m.  Firefighters arrived and found flames shooting through the roof of the 15×30-foot wood-frame structure, which was located behind a house. Thirty firefighters from the Huntington and Cold Spring Harbor fire departments using five trucks battled the blaze which was fire controlled within a half-hour, under the command of Huntington Assistant Chief Robert Berry. An engine from Huntington Manor FD stood by at Huntington’s firehouse, with a Huntington Community ambulance crew at the scene. There were no injuries reported, and the Suffolk Police Arson Squad is investigating. Lloyd Harbor Police and Suffolk Fire-Rescue Coordinators were also on the scene. 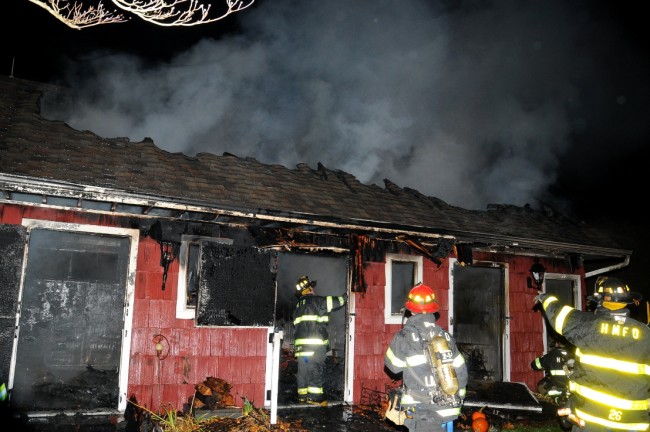 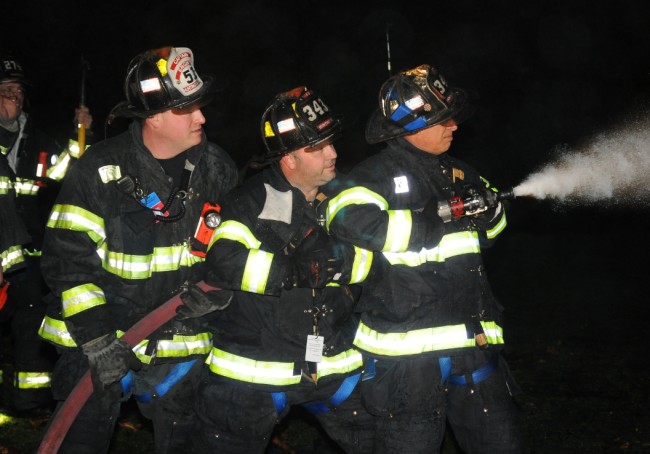 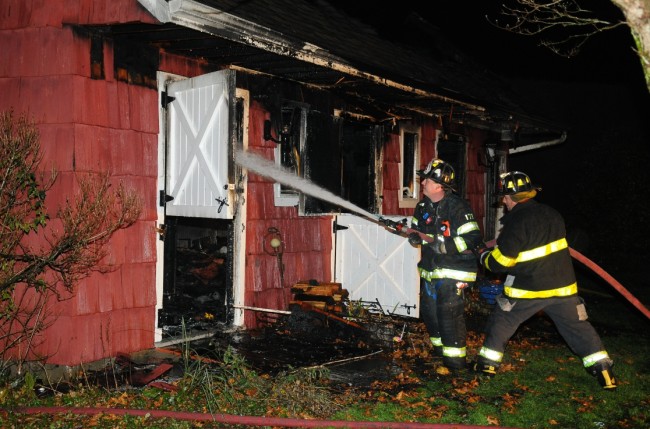 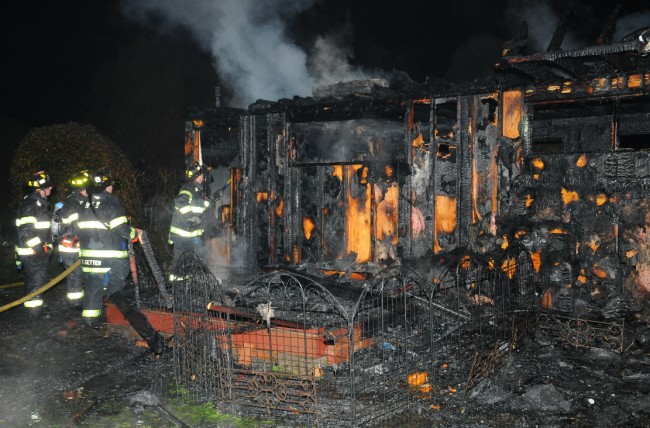