The drill scenario involved an Active Shooter in the building’s cafeteria, resulting in ten victims with multiple gunshot wounds and a fire set off by the Shooter. Fire crews entered the building after the scene was deemed safe by police, and found a heavy smoke condition in the cafeteria area. The simulated fire was extinguished, and the victims were removed from the building by firefighters to a safe area outside. The shooting victims were then evaluated and triaged by Dix Hills Rescue Squad personnel. About 65 Firefighters and Rescue Squad volunteers participated in the drill, with the victims portrayed by Dix Hills Junior Firefighters.  The training drill was held under the command of Dix Hills Fire Chief Tom Magno, with the support of Assistant Chiefs Robert Fling and Tom Napolitano.  Apparatus on the scene included three ambulances, three heavy rescue trucks, three engines, paramedic and first responder units. According to Chief Magno, “This proved to be a valuable training exercise in light of past incidents around the country, but we hope to never experience it first hand. Our EMS and Firefighters worked well together in getting the victims quickly removed to a safe area to receive medical care in a professional and efficient manner.” 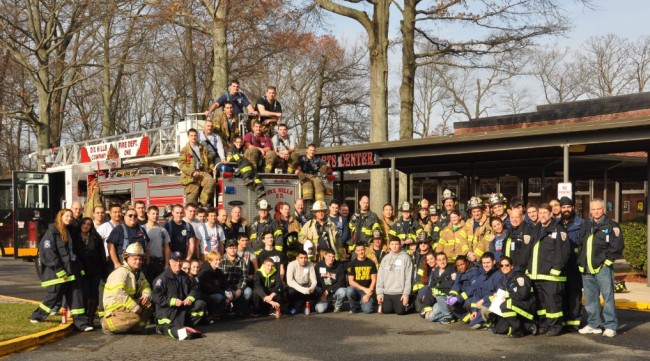 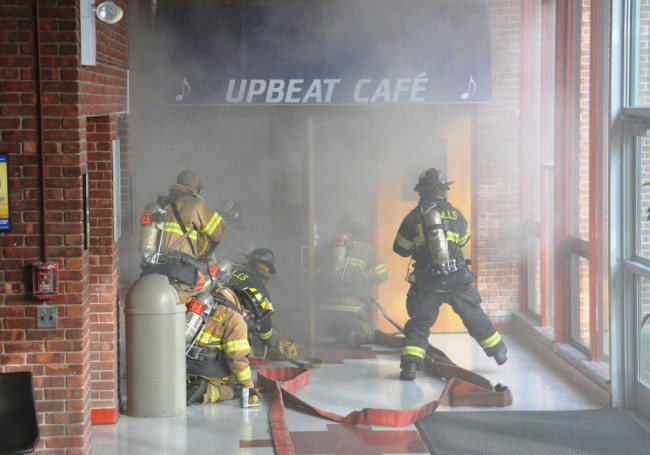 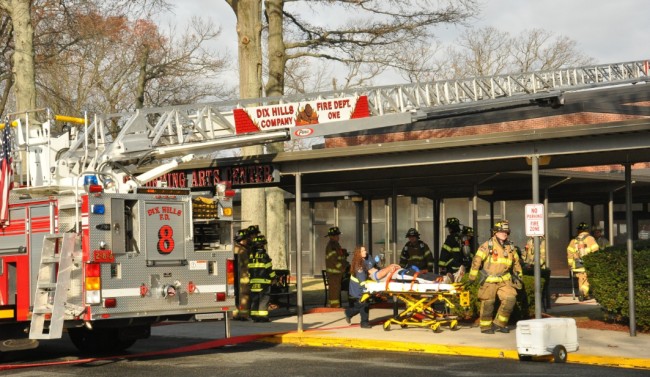 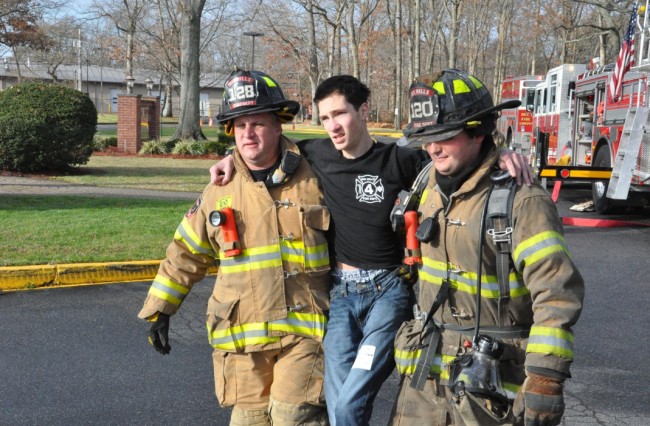