The Huntington Manor Fire Department and Huntington Community First Aid Squad responded to an early morning crash on Melville Road near Reynolds Street in South Huntington, at about 12:15 a.m. on Thursday, December 5. The driver of a Ford Mustang became pinned in the wreckage after the car struck a tree and overturned. Huntington Manor firefighters used heavy rescue “Jaws of Life” tools to extricate the man who suffered serious injuries, and was airlifted to Stony Brook University Hospital by Suffolk Police Medivac. About 30 Huntington Manor firefighters were on the scene with three heavy rescue trucks and an engine, under the command of Chief Fred Steenson, Jr., and Assistant Chiefs Frank McQuade and Jon Hoffmann. An additional engine was dispatched to Koster Park and secured the Landing Zone for the  helicopter. 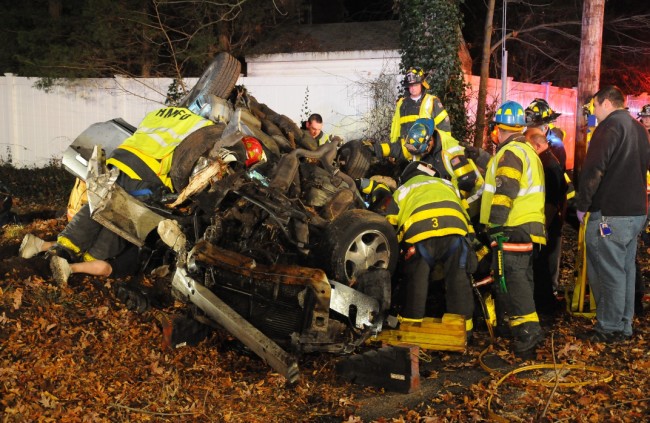 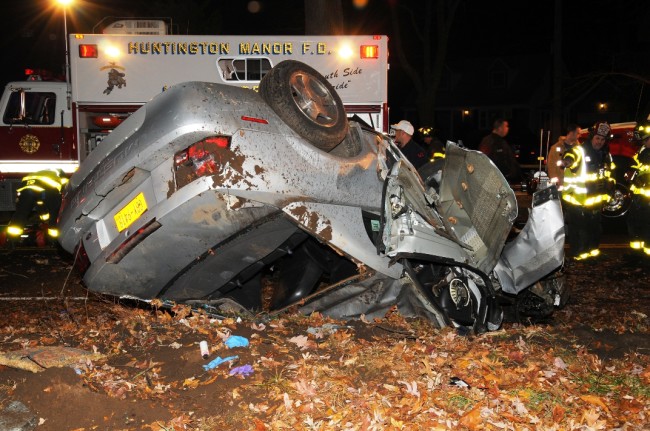 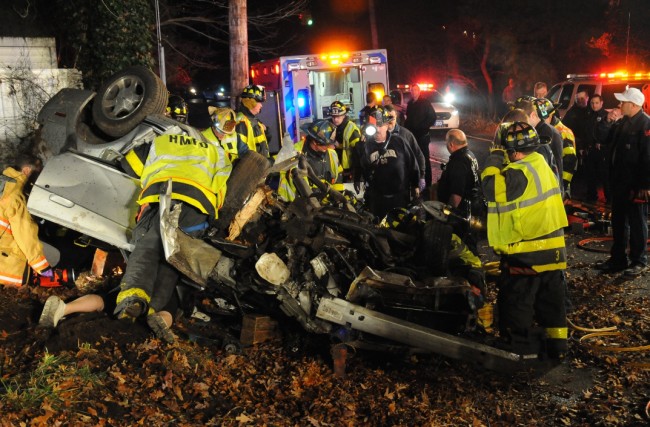