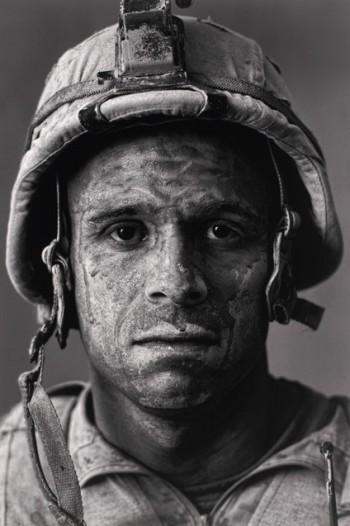 Images of Armed Conflict and Its Aftermath Exhibit

Images of warfare and battles typically focus on the battle field, neglecting the larger story of what goes on before, during, and after the fighting. Houston Museum of Fine Arts curator Anne Tucker has put together a profoundly moving collection of images that reveals the “rest of the story” which is now on display at the Brooklyn Museum through February 2, 2014. The Cold Spring Harbor Library & Environmental Center has organized a bus trip to view the exhibit on Friday, January 24, 2014.

WAR/PHOTOGRAPHY: Images of Armed Conflict and Its Aftermath is a collection of iconic and little-known daguerreotypes, original prints, and reproductions from the 1850s to the present day by military, journalists, artists, amateurs, and professionals, including several Pulitzer Prize-winning photographers. Many of the images are from World War I, the first major conflict where photography was widely available, but battles from across the globe are included.

The exhibition is organized by themes that are universal to war, such as recruitment and embarkation, reconnaissance, resistance and sabotage, leisure time, medicine, victory and defeat, and homecoming.  NY Times critic Ken Johnson believes “That approach provides a neat conceptual context for every photograph and a comprehensible overall narrative, making the show readily digestible for a popular viewership” especially as “there is hardly a single picture here that doesn’t cry out to be seen and thought about on its own for some time.”  To provide context for the images, The Brooklyn Museum runs “Perspectives,” lectures by curators, conflict photographers, journalists and veterans, who explain the stories behind the images.

The mission of the Cold Spring Harbor Library & Environmental Center is to serve and promote the informational, cultural, educational, and recreational needs of our residents. Additionally, we offer many exciting programs that are open to all. The Library relies on both public and private funding. Learn more about how to support the Library at www.cshlibrary.org/friends-foundation. 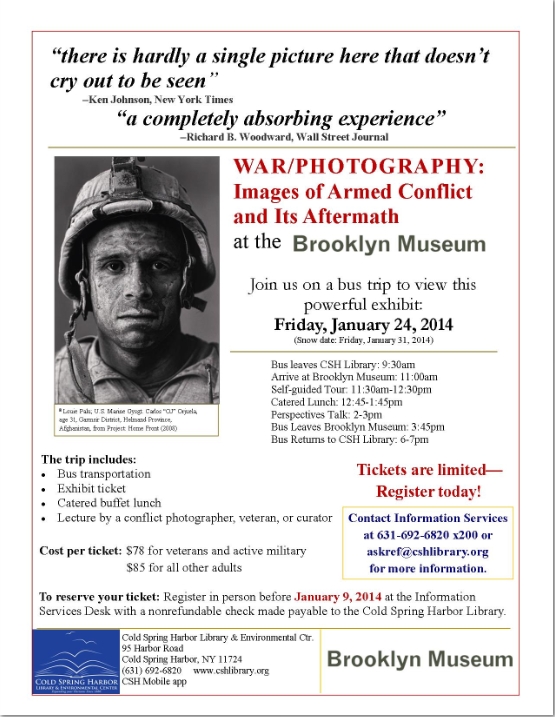