Atherton Honored For Service To State 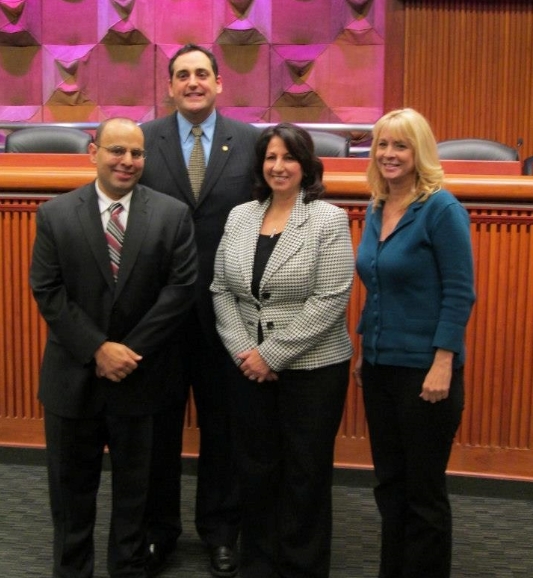 Assemblyman Chad Lupinacci announced that his Chief of Staff, Gregory Atherton, was recently honored for his service to the community by the New York Guard. Atherton, who holds the rank of Staff Sergeant, received the Long and Faithful Service Award for 10 years of service with the Guard, and the Aid to Civil Authority Medal for performance of State Active Duty during Superstorm Sandy.

“Greg is an outstanding public servant who has been committed to the Huntington Community for years,” said Lupinacci. “His service in the New York Guard during Superstorm Sandy was a testament to his dedication and fortitude. I want to thank him for his service and congratulate him – he is truly deserving of both honors.”
The New York Guard was founded on August 3, 1917 to comply with the provisions of the state constitution requiring that troops be available to the governor to protect the life and property of the citizens of New York. The New York Guard is a state volunteer force that augments and supports the New York National Guard with manpower and skills. More information on the Guard can be found by visiting: http://dmna.ny.gov/nyg/.

Photo above:  Assemblyman Chad Lupinacci (center-left) is joined by his Chief of Staff, Gregory Atherton (far-left) after taking his oath of office in January 2013.