On Friday night at Walt Whitman High School The Half Hallow Hills East (H.H.E.) Thunderbirds defeated the Walt Whitman Wildcats 64-47.  Led by Mike Simon and Jordan McCray the Thunderbirds played a strong, physical defense that slowed down the Wildcats all night long, forcing them to commit costly turnovers.  On the offensive side H.H.E. out rebounded Whitman and was able to take advantage of multiple second chance opportunities.

To start the game the teams traded a couple of quick baskets and Whitman jumped out to any early 5-3 lead.  Little did the Wild Cats know but that would be the last time they would have the lead for the rest of the game.   H.H.E. flipped on a switch and went on a dominating 33-8 run and took a 36-13 lead into half time.

In the second half Nima Esmizadeh and Zach Cummings came off the bench for Whitman and provided a spark for the Wildcats.  Whitman was able to limit their mistakes by making smarter passes but failed to guard H.H.E.’s three point shooters, which cost them in the end.  Whitman did manage to outscore H.H.E. by 6 points (34-28) in the second half but their first half struggles proved to be too much of a mountain to climb. 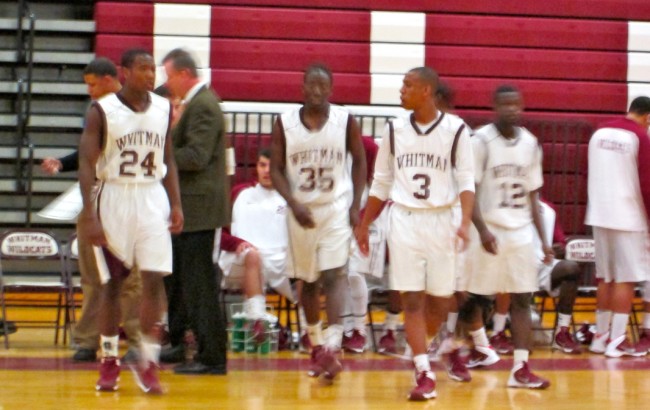 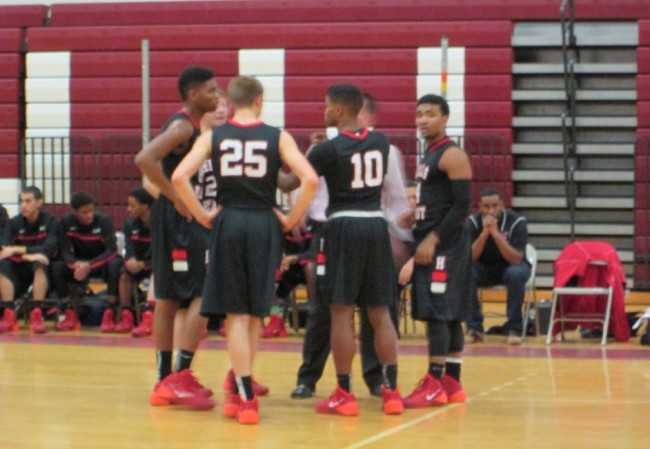