Suffolk County Police arrested a man for driving while ability impaired by drugs following a motor vehicle crash that killed a woman in Commack yesterday afternoon approximately 3:25pm at the intersection of Commack Road and Hauppauge Road.

James Murphy was driving a 1998 Chevrolet Blazer northbound in the left lane on Commack Road when his vehicle sideswiped a 2003 Mercedes that was traveling northbound in the right lane. Murphy’s vehicle then struck a westbound 2003 Hyundai at the intersection of Hauppauge Road. 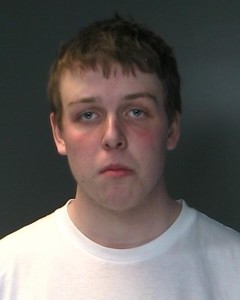 The driver of the Hyundai, Herta Palma, 63, of Commack, was transported to Huntington Hospital where she was pronounced dead. Murphy and his female passenger were transported to St. Catherine of Siena Medical Center in Smithtown where they were treated for minor injuries and released. The driver of the Mercedes, Andrea Linton-Parkes, 50, of Dix Hills, was uninjured.

Murphy, 19, of  Highland Court, Huntington, was arrested and charged with Driving While Ability Impaired by Drugs. He is scheduled to be arraigned on January 1 at First District Court in Central Islip. Anyone with information should call the vehicular crimes unit at 631-852-6555.