By Joseph E. Mottola, CEO, Long Island Board of REALTORS® 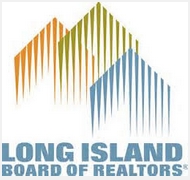 A November 11th Editorial that ran in Newsday stated that the National Flood Insurance Program (NFIP) should be left as is and that rates should be allowed to rise for 25 % a year until they eventually match up with private market insurance rates.  The editorial mentioned that people should not be subsidized that live on the water.

In what can only be described as a rare bipartisan agreement – Congress itself now recognizes that the Biggert Waters NFIP reform act is fundamentally flawed. It phases-in full actuarial rates for properties purchased after July 2012, and “grandfathered” properties which are allowed to keep the lower rate from older flood maps for properties which were built to code.

The law also directed the Federal Emergency Management Agency (FEMA) to report on the affordability of these rate changes so Congress could consider the impact as they took effect. That congressionally mandated affordability study which should have been completed by FEMA has not occurred and is long overdue.

Even Congresswoman Maxine Waters, (D-CA), the namesake of the current law, now supports the delay in the flood insurance rate hikes to allow time to complete an affordability study which would likely take about 2 years.

Congress provided a 5-year re-authorization of the NFIP, but severe implementation problems with Biggert/Waters threaten to undermine pending and future real estate transactions where flood insurance is required to obtain a mortgage. New NFIP rate structures have caused serious confusion and hardship for property owners and FEMA continues to delay and miss deadlines. The legally required transition to true risk rates, which are quite debatable, has plagued consumers with increases in rates beyond what anyone including legislators imagined possible.

The prudent approach is to enact the four year delay. Congress has such legislation currently before the House, H.R. 3370 and Senate, S. 1610, to delay the major rate changes to the NFIP. These bills would: prudently stay the rate increases until FEMA completes the mandated affordability study. The bills would also create a system for targeted rate relief and establish an office of the Advocate for flood insurance rate and mapping concerns.

Approximately 5.6 million property owners in over 20,000 communities across the country, not just at the coastline, rely on the NFIP for flood insurance. The delay in rate increases will allow FEMA to determine more accurately how these rates will impact property owners as Congress planned, and give affected property owners more time to respond to the inevitable higher costs.

We need a workable plan so that the gradual transition from subsidies can be affordable.  The targeting of those who live in areas which are in flood plains is very different than targeting those directly on the water.  Near the water does not have anywhere near the property value of those on the water.

Long Islanders should support each other in times of need as we did in Sandy.  NFIP served us well until the unusual rash of major storms over the last several years. The current rate hikes are primarily affecting the middle class and the working poor.  Most of these Long Islanders who now live in flood zones near the water are not wealthy and should not be penalized.

Congress should not let the unresearched and unsubstantiated rate increases go into effect until FEMA can submit its report so that Congress can understand and act with full knowledge on the impact of these reforms on everyone.

The Long Island Board of Realtors®, Inc. is a not-for-profit trade association consisting of more than 21,000 real estate professional in Nassau, Suffolk, Queens and Brooklyn.