The Melville Fire Department was dispatched to a house fire on New York Avenue near Old East Neck Road, Sunday, January 5 at 9:42 p.m. Firefighters arrived to find the home fully engulfed in flames and began an aggressive attack on the fire. Melville firefighters were assisted by the Dix Hills, Huntington Manor, East Farmingdale and Plainview fire departments. About 75 volunteer firefighters battled the blaze with 12 trucks, and had the fire under control within an hour. Units were under the command of Melville Fire Chief Mike McKeefrey, with operations handled by Assistant Chiefs Paul Mahler and Chris Nolan. Suffolk County Fire Coordinators were also dispatched to provide assistance. One resident of the house was able to escape the blaze uninjured. Another resident was found dead in the home by firefighters. The cause of the fire is under investigation by the Suffolk Police Arson and Homicide Squads, Huntington Town and Melville Fire Marshals. 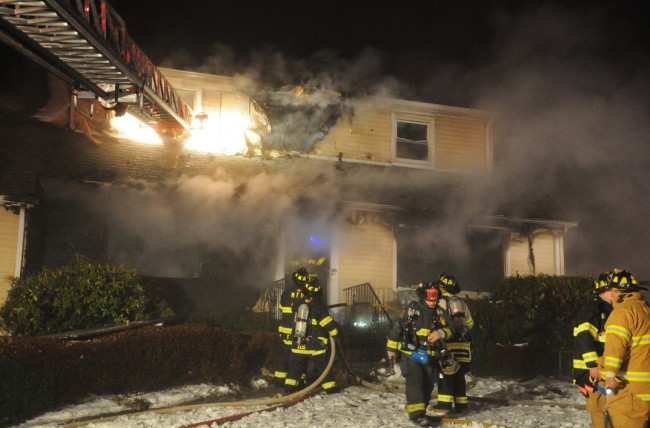 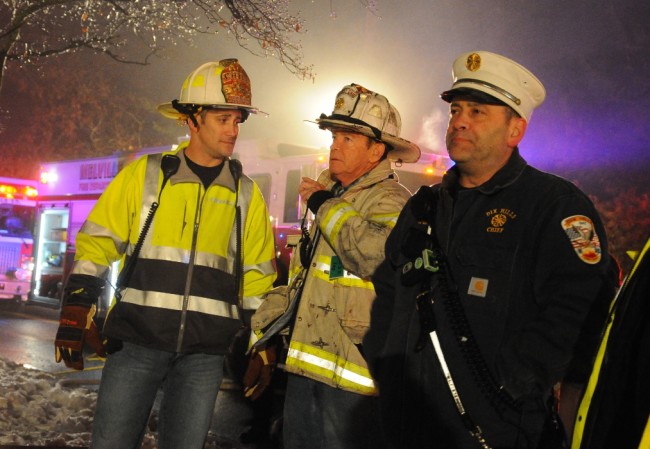 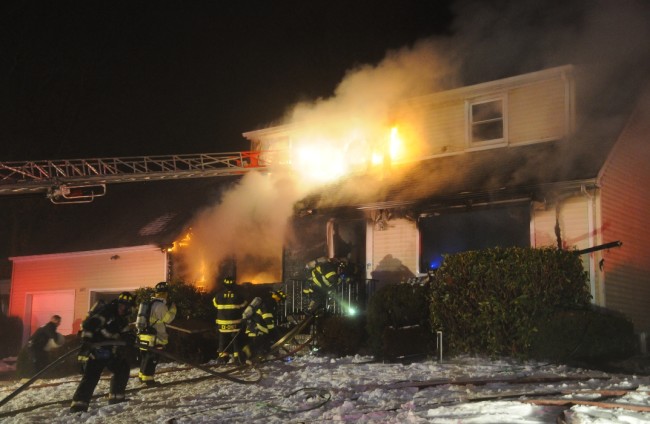 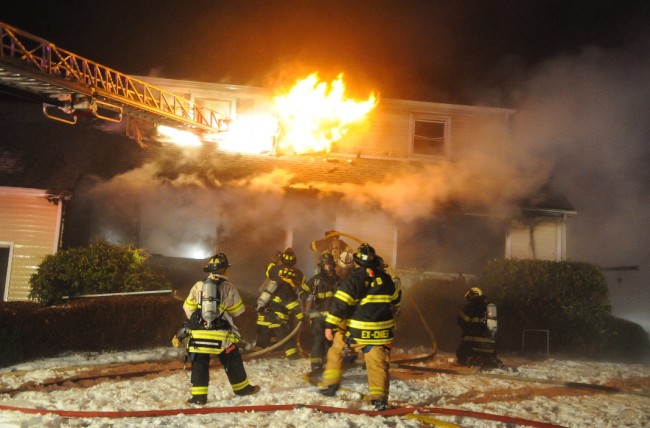 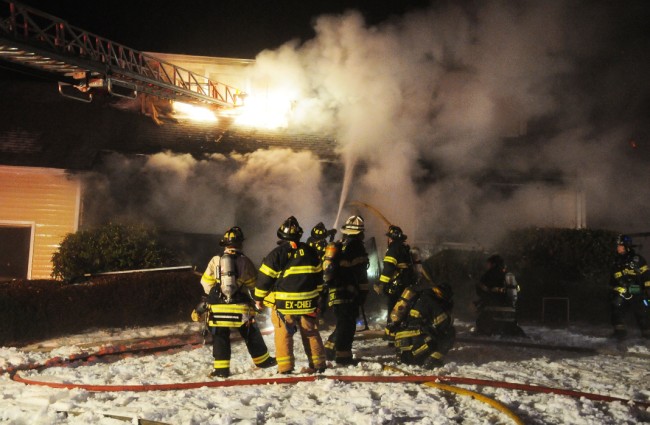 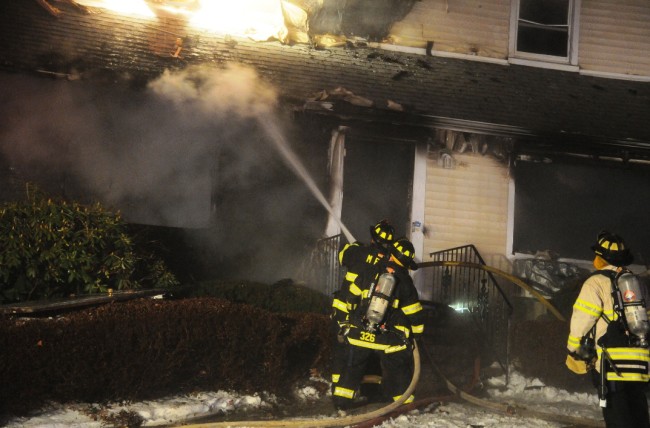 One Response to Melville FD Responds to Fatal House Fire