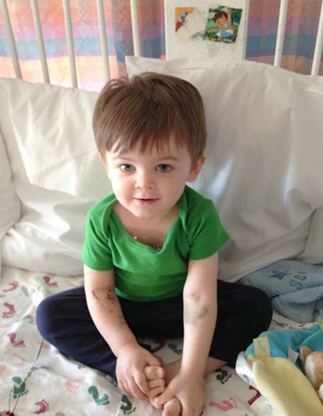 In early 2013 life seemed perfect for the Hogan family. FDNY Firefighter Tim Hogan and his wife Kathleen had just sold their house and had a second child on the way. Owen, their two-year old boy, was as energetic and reckless as any average two year old. When they began to notice that Owen was developing bruises, they scheduled a trip to their doctor that revealed a truth that turned the family’s life upside down. Owen was diagnosed with Severe Aplastic Anemia.

Owen has stopped responding to treatment. The next step is a bone marrow transplant, but first, a bone marrow match must be identified. “As of now, we know there is no available match for Owen,” says Tim, “but we remain hopeful that in spreading the word, the registry will continue to grow, and a match for Owen will be found.”

REGISTER AS A BONE MARROW DONOR

Registration is from Noon to 4PM

For anyone between 18-55 who is interested all it takes is a simple cheek swab to join the national bone marrow registry. It may only take you 3-5 minutes to join the registry, but for patients like Owen it could end up meaning a lifetime. (Delete blood cancer/ Tunnel to towers)