LaVertu’s Vindicated in Town of Huntington vs. LaVertu Case 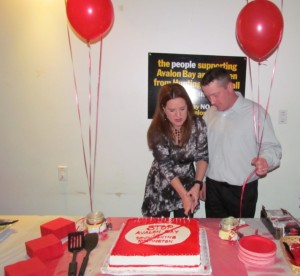 n November 2013, Judge Hackling decided in favor of the LaVertu’s in the town’s case against them.  It is alleged that the Town acted in a retaliatory manor against the LaVertu’s in regards to violations and fines on their home.  The defendant’s motion to vacate a Conditional Discharge and dismiss a Declaration of Delinquency was granted.

In June of 2012, after pleading guilty to one of two violations of the town code, the LaVertu’s entered into a plea bargain to pay a $750.00 fine and agreed to a Conditional Discharge which required them to follow through to bring their dwelling into compliance.  The LaVertu’s were given 4 months to come into compliance.

The LaVertu’s applied for a “Letter In Lieu” of a Certificate of Occupancy.  A Letter In Lieu can be issued when a dwelling predates the zoning code. The Letter In Lieu was approved on February 14, 2012.

At this point, the LaVertu’s were under the impression that they had satisfied the requirement of coming into compliance.

Many months later the LaVertu’s received an additional appearance ticket claiming that they were not in compliance.

The charges against the LaVertu’s were that they “allowed there to be maintained a two story dwelling without a Certificate of Occupancy.”  The approval report from February 2012, indicated that the inspector found no extension to the size on the permit, which was issued in 1956.  The inspector indicated that he approved the dwelling for a Letter In Lieu.

The court determined that the Town could have and should have put the defendant on notice as to what additional actions the defendants were required to take.

The LaVertu’s have an open case against the Town claiming that the town retaliated against their free speech. Click here to read about the case.

One Response to LaVertu’s Vindicated in Town of Huntington vs. LaVertu Case