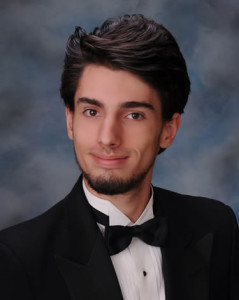 Aron Coraor, a 17 year old Huntington High School senior, has been named a semi-finalist in the 2014 Intel Science Talent Search, the most prestigious pre-college science competition in the United States.

“This is tremendously exciting for Aron, for his teachers and for the district,” Huntington Superintendent James W. Polansky said. “An incredible amount of research and study, typically over multiple years, must go into producing a high-quality project that reaches this level. We wish him well as his work moves forward to next level of adjudication!”

Mr. Coraor, one of the top members of Huntington’s Class of 2014, has impressed judges with his research project titled “Pressure Dependent Azeotropic Melting Relations in the Mg2SiO4-Fe2SiO4-NaAlSi3O8-CaAl2Si2O8 System: A Critical Role in Lunar Highlands Formation?”

The Huntington teenager is one of just 300 Intel semi-finalists in this year’s competition, which drew 1,794 entrants from 489 high schools spread across 45 states, the District of Columbia and seven overseas schools.

“My Intel project aimed to help explain the formation of the Moon,” Mr. Coraor said. “The current accepted model for how the Moon formed was largely developed in the 1970s when the bulk of the Apollo samples from the Moon’s surface were analyzed. However, while this traditional model has been improved slightly over time, an increasing number of inconsistencies between this model and data on samples from the Moon are being found. My project aimed to solve some of these inconsistencies by proposing alternate mechanisms by which the crust of the Moon may have formed.” 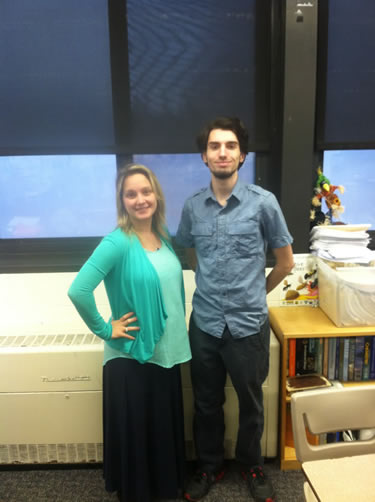 Mr. Coraor left no loose ends dangling with his research. “I justified the conclusions of my project by creating in a lab a magma [that is] similar to what likely would have been found billions of years ago as the Moon was solidifying and by measuring the composition of the crystals that formed from this synthetic magma,” he said.

Needless to say, Huntington High School’s teachers, administrators and students are awfully proud of Mr. Coraor and what he has achieved. “He is a shining star in the research program,” said science teacher Lori Kenny, who heads the research program. “Not only does he do high caliber research, but he is a leader with students in the research class. He actively assists other students with their projects and is always highly respectful and interested in helping me in the classroom. He is also an integral part of our Science Olympiad, Science Bowl and Quiz Bowl teams.”

Mr. Coraor’s sister, Juliana, was Huntington’s Class of 2012 valedictorian and the school’s first Intel Science Talent Search finalist since 1950. She is now studying at Yale University with plans to double major in physics and molecular biophysics and biochemistry. The scholar hopes to ultimately be accepted into an MD/Ph.D. program.

Mrs. Kenny has worked closely with Mr. Coraor, just as she did with his sister before him. “His family has been very supportive of my efforts in redeveloping the research program and it is a joy to work with them as well,” she said.

Having Mr. Coraor reach the Intel semi-finals is a proverbial feather in the Huntington High School science research program’s cap. “This success is just another example that show’s our community that science is alive and has a bright future here,” Mrs. Kenny said.

Each of the 300 Intel semi-finalists will receive a $1,000 award in recognition of their outstanding research. An award of $1,000 is sent to schools for each semi-finalist named from their ranks. Schools are asked to use the monies “to further excellence in science, math and/or engineering education.”

The 300 semi-finalists will learn on January 22 if they are among this year’s 40 finalists. Each finalist will receive an all-expenses paid trip to Washington, DC from March 6-12. Project will undergo a final round of judging as finalists compete for a top award of $100,000; second-place award of $75,000; and third-place award of $50,000. Each finalist receives at least $7,500. Winners will be selected based on judging and announced at a black-tie gala awards ceremony at the National Building Museum on March 11.

“Aron loves to learn everything and excels in everything,” Huntington Principal Carmela Leonardi said. “He is not only the consummate scholar, but the most patient and caring mentor for other research students. His teachers have appreciated his involvement in all sorts of competitions from Science Quiz Bowl to Science Olympiad to Intel. We are all very proud of his semi-finalist status. We will all be sending positive thoughts his way on January 22.”

“Alumni of the Science Talent Search have made extraordinary contributions to science and hold more than 100 of the world’s most coveted science and math honors, including the Nobel Prize and National Medal of Science,” according to Intel.