A Small But Personal Victory in the “Smart Meter” Battle

January 17, 2014 10:39 am | Filed under: Around Town,Environment,Health & Wellness,OPINION | Posted by: The Huntingtonian

By Colin A. Gough 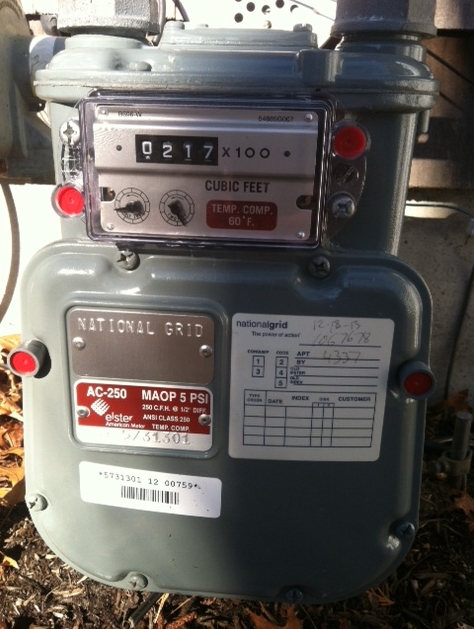 It was a particularly cold day in November 2013; I was doing some yard work in my new home in Manorville, N.Y. when my wife informed me that our natural gas meter was making a high-pitched sound.

I called National Grid and a technician visited the house that night.  He suggested we install a new meter to solve the problem.  I agreed, but inquired about the type of meter it would be prior to installation.  When I heard the new meter would be an “Automated Meter Reader” unit, I declined the installation so I could do more research on the technology first.  I discovered National Grid was going to be contracting with a company in Eastern Suffolk County called Precision Pipeline Solutions to install the AMR units on every home.  When I spoke with the company, I was told I could be “put on a list…” that would go to National Grid, who would eventually handle the “opt-outs.”

Nonetheless, the National Grid representative I contacted told me, “You have no choice,” but she assured me that the installation would take about 18 months; I had time to push the issue.  I was horrified when I came home to an AMR unit on my gas line three days later.

It was during those few days that my research on AMR’s led me to much greater understanding on the health concerns of AMR’s and “Smart Meter” type devices.  While it seemed that the AMR wasn’t as nefarious from a “Big Brother” perspective as an electrical grid “Smart Meter” the Electromagnetic Radiation was a serious health concern.  The World Health Organization classifies this type of radiation as a Class 2b Carcinogen.  I’m aware of the dangers of cell phone use, and Wi-Fi over time, and I shut my smart phone and wireless off at night, which I’d recommend others do as well.  However, according to my research, this AMR unit sends burst frequencies every 15 seconds, continuously, and it can’t be shut off.  The decision was clear.

I quickly started to reach out to anyone who could help.  I contacted the EMF Safety Network Organization; my future 2nd District State Assemblyman, Anthony Palumbo (who was very quick to respond); and my State Senator, Kenneth LaValle (who was unresponsive).  I also left many messages requesting a callback from a National Grid manager.  One very helpful CSR asked me about “Smart Meters” and I told her what I knew.  As it turns out, she’s a non-GMO supporter and was passionate about helping me and grateful for the information I gave her.

When a manager called me back a few days later, I relayed the whole story again.  I was assured the timing of my installation was “Murphy’s Law” and had nothing to do with my inquiries.  I was told the talking point that the radio frequency radiation (RF) emitted was “equivalent to a 30 minute cell phone call over the course of a lifetime.”  In the end, the representative said I could “opt out,” and that I would be hearing from the local supervisor about scheduling the removal of our AMR unit.

A day later I was contacted by the local supervisor who arranged to have my AMR replaced with an analog meter and it was completed within days.  Thankfully, some of my neighbors are now aware of this and contacting National Grid.  Only together can we can have a loud enough voice to hold of these and the eventual arrival of “Smart Meters.”