The Huntington Manor Fire Department responded to the Pidgeon Hill Road crash Friday night, January 17, for extrication with 40 firefighters and seven trucks, under the command of Chief Fred Steenson, Jr., and Assistant Chiefs Frank McQuade and Jon Hoffmann. The Medivac helicopter Landing Zone was at the South Huntington Library, and was secured by firefighters. The Huntington Community First Aid Squad was also on the scene with several ambulances and EMS crews 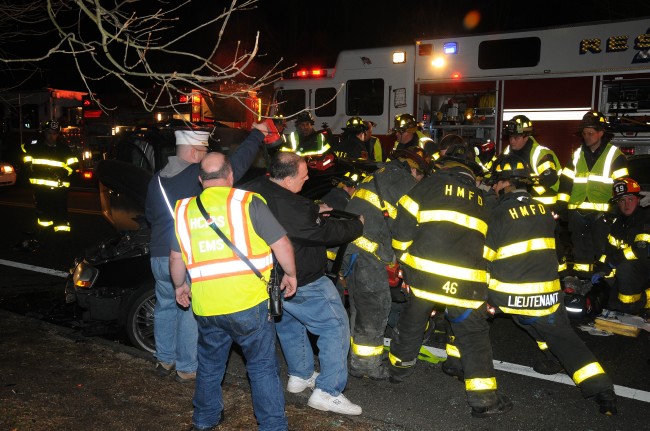 Fermin Estevez was driving a 2003 Acura southbound on Pidgeon Hill Road when his vehicle crossed into the northbound lane and struck a 2013 Toyota minivan, driven by Anthony Depalo at 8:20 p.m. 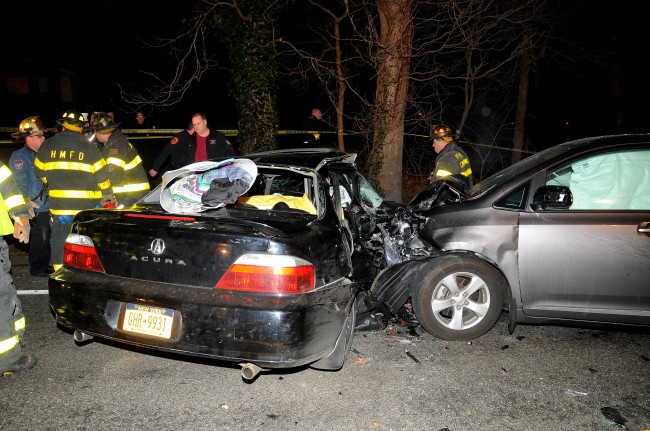 Coles Jacquet, 30, of Huntington Station, a passenger in the Acura, was pronounced dead at the scene by a physician assistant from the Office of the Suffolk County Medical Examiner. Estevez, 23, of Greenlawn, was transported via Suffolk County Police helicopter to Stony Brook University Hospital and is listed in critical condition with head injuries.

Depalo, 34, of Huntington Station, his wife, Sharon, 34, and their three children, a 5-year-old male, a 3-year-old male, and a 6-month-old female, were transported via Huntington Community First Aid Squad to Huntington Hospital. Depalo and his children were treated and released. His wife was treated for minor injuries.

The vehicles were impounded for safety checks and the investigation is continuing. Detectives are asking anyone with information about the crash to contact the Second Squad at 631-854-8252 or call anonymously to Crime Stoppers at 1-800-220-TIPS. 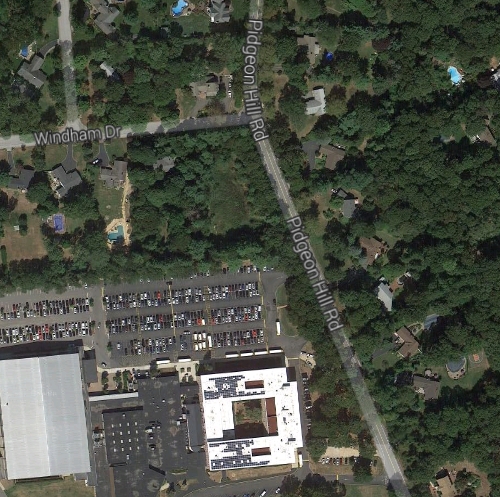