January 24, 2014 10:00 pm | Filed under: Around Town,Harborfields School District,News | Posted by: The Huntingtonian 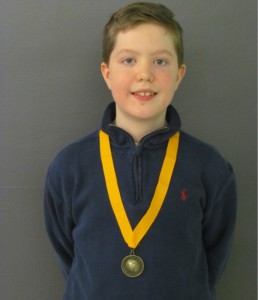 Oldfield Middle School students in the Harborfields Central School District recently took part in the first round of the 26th annual National Geographic Bee, sponsored this year by Google.

Round one was a school-level competition in which students orally answered geographical questions. Seventh-grader Dylan Burgess took first place in the school bee and now has an opportunity to win a $25,000 college scholarship as he moves on in the competition.

Winners of the oral portion of the competition will participate in the second round, a written exam, administered in their home schools. Students who score in the top 100 of the written exam are eligible to compete at the state-level bee on April 4.

National finals, moderated by “Jeopardy!” host Alex Trebek, will be held on May 21, and will air on television.