February 5, 2014 2:47 pm | Filed under: Around Town,Health & Wellness,News,Politics | Posted by: The Huntingtonian

Press Release (From the Office of Assemblyman Chad Lupinacci) 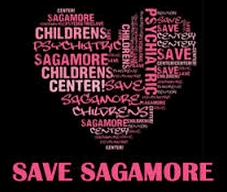 Assemblyman Chad Lupinacci  and nineteen of his Assembly colleagues from Long Island sent a letter to Gov. Cuomo urging him to reconsider the Office of Mental Health’s (OMH) plan, which includes a scale-back of services and potential closure of the Sagamore Children’s Psychiatric Center. In the letter, the lawmakers warned that closure of the facility would result in many of these children – who previously received the support they needed – missing out on vital resources.

“Sagamore Children’s Psychiatric Center and its staff have successfully served our most vulnerable youth for the past 45 years,” said Lupinacci. “Discontinuation of these services would cause irreparable harm to many children and their families. Forcing our families to travel into Queens and the Bronx to receive support during a time of crisis would create a tremendous burden for families already in need of support. My colleagues and I strongly urge the Office of Mental Health to reconsider other options before imposing this hardship on our communities.”

Sagamore Children’s Psychiatric Center serves Nassau and Suffolk county youth between the ages of 6 and 17. This currently includes inpatient, outpatient, clinical support and emergency services. The facility has 54 beds for inpatient treatment and currently operates with a wait list for inpatient services.

“I’m dedicated to ensuring the important services offered at Sagamore remain available, because we can’t let some of the most vulnerable in our community suffer. The Sagamore Children’s Psychiatric Center and its staff have a long history of providing quality and accessible care to many children suffering from psychological issues, and continuing to provide this care is critical,” concluded Lupinacci.

Under the current proposal by OMH, inpatient services would cease at Sagamore and many children suffering from mental health aliments could be forced to travel to Queens or the Bronx for care. Lupinacci is encouraging residents to add their names to his petition. Those wishing to sign the petition can do so by visiting https://apps.facebook.com/my-surveys/tyacu.

The text of the letter written by Assemblyman Lupinacci and his colleagues to the governor is below.

Video of Assemblyman Lupinacci speaking on the issue can found by visiting: http://youtu.be/z1OKnqetOck.

We, the undersigned Members of the Assembly of the State of New York, are concerned about the potential closure of the Sagamore Children’s PsychiatricCenter.

The Sagamore Children’s PsychiatricCenter and its staff have successfully served the most vulnerable of Long Island’s youth for the past 45 years.

Recently, it was announced that three facilities located in upstate New York, the Greater Binghamton Health Center (GBHC), ElmiraPsychiatricCenter, and St. Lawrence Psychiatric Center (SLPC) in Ogdensburg will remain open to provide services to their local communities. This is a reversal of a previous plan proposed by the Office of Mental Health (OMH).

However, the Sagamore Children’s PsychiatricCenter remains scheduled to reduce services for patients, including an end to inpatient treatment at the facility.

The closure of this highly successful facility will have a detrimental impact on many families and individuals in need of the services it provides. We believe that the closure of this facility would cause irreparable harm to the many children and families in crisis who depend on it.

In addition, closure of this facility will result in many of these children – who previously received the support they needed – missing out on vital resources. This could result in a rise of teen suicides, incarcerations, homelessness, and the potential for children with mental problems to go undiagnosed.

Forcing families to send their children to the Bronx or Queens for treatment will have a negative effect on the children’s prognosis and their families’ ability to be active in their rehabilitation.

Finally, under your “Close to Home” initiative, you said it was imperative that children convicted of crimes be close to their families so that visitation and family support can take place. These same principles hold true for our vulnerable children suffering from mental illness. These young people deserve the same level of compassion as those convicted of crimes.

We hope you will reconsider your position on this issue.