February 7, 2014 7:20 pm | Filed under: Around Town,Huntington Station,News,Sports & Schools | Posted by: The Huntingtonian 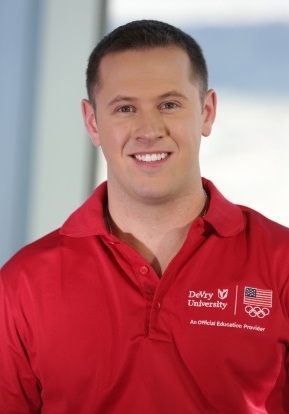 Despite growing up with four brothers and two sisters, Matthew Mortensen was not one to get lost in the crowd. At the age of 12, Mortensen, a Huntington Station, N.Y. native, got his start in luging. After years of training, his lifelong dream finally came true when he was named to Team USA to compete in the 2014 Olympic Winter Games.

The road to the Olympics was not an easy one: During his formative teenage years, he traveled abroad at least five months out of the year to train and compete. Although his demanding travel schedule kept him from being a typical teenager, Mortensen does not regret missing out.

“My most rewarding Olympic training experience was visiting a wide variety of countries with different cultures,” he said. “These once-in-a-lifetime experiences made it easier for me to accept missing out on many of the teenage social milestones.”

After graduating high school in 2004, Mortensen worked jobs in construction and at his local YMCA to support his participation in the sport he is so passionate about. In 2009, he joined the Army National Guard and is currently a member of the U.S. Army’s World Class Athletes Program. This program provides outstanding soldier-athletes with support and training to compete in national and international competitions, including the Olympic and Paralympic Games.

Mortensen was an alternate in the 2010 Olympic Games in Vancouver and just four short years later, he achieved his goal of competing in the 2014 Winter Olympics in Sochi, Russia. In addition to being a dedicated athlete, Mortensen is a student at DeVry University working toward his bachelor’s degree in business communication.

“My education experience with DeVry University is different because I am also an Olympian,” he said. “After spending hours each day training, my body is tired, but I have to keep some reserve in my tank for school. I always make sure my studies receive the time needed to do well in them.”

As an official education provider of the United States Olympic Committee, DeVry University and its Keller Graduate School of Management offer higher education opportunities at the undergraduate and graduate level to U.S. Olympic and Paralympic athletes and training hopefuls through 2016. With more than 90 locations nationwide and a robust online offering, the university provides the services and support student athletes like Mortensen need to succeed, including flexible scheduling and career-focused degree programs.

Mortensen is one of 15 DeVry University student athletes who will be competing for Team USA in Sochi.