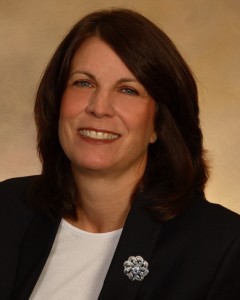 Linda Bonarelli Lugo, ABR, CIPS, CRB, CRS, GRI, ITI, SRES, e-Pro, CBR, of Huntington took the oath of office Monday, February 10, as the 2014 secretary/treasurer of the New York State Association of REALTORS® (NYSAR). The association’s inauguration ceremony was held in conjunction with its business meetings at The Desmond Hotel and Conference Center in Albany, NY. She will serve a one-year term in the post.

A REALTOR® for more than 25 years, Bonarelli Lugo is the broker-owner of Realty Executives North Shore, in Huntington, NY.

Bonarelli Lugo is a past president of the Long Island Board of REALTORS® (LIBOR) and the Multiple Listing Service of Long Island. Additionally, she has served on or chaired numerous local board committees as well as having served on the board of directors for many years. She was recognized as LIBOR’s REALTOR® of the Year in 2009.

At the state level, she has chaired the legislative steering, legislative forum, issues mobilization, professional standards and international real estate committees. She has served on numerous other NYSAR committees including organizational planning, executive, budget and finance, and fair housing and cultural diversity. She has served on the NYSAR Board of Directors for 10 years.

At the national level, Bonarelli Lugo has served as a National Association of REALTORS® director and as a member of the Professional Standards Committee. She currently serves on the Risk Management Committee. She is a regular attendee of NAR’s national conference and is a Sterling “R” supporter of the REALTORS® Political Action Committee (RPAC). She has served as the Federal Political Coordinator to Congressmen Steve Israel since 2009.

Active in her community, Bonarelli Lugo has helped raise funds for the Children’s Miracle Network and is the founder of the Animal Response and Rescue Coalition.