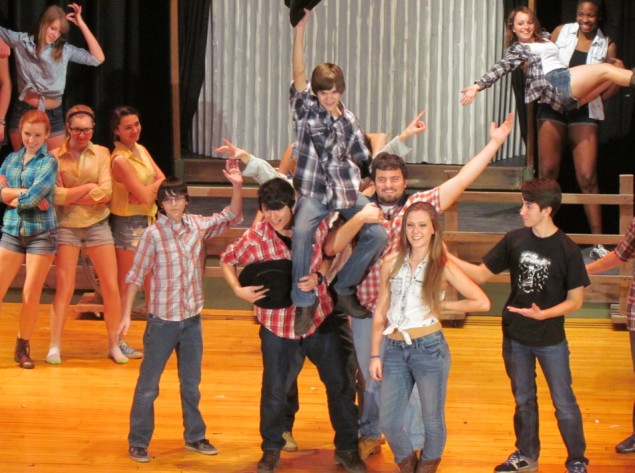 Directed by Maria Aiello and choreographed by Assistant Director Angela Aiello, the cast members worked tirelessly to ensure that this year’s production was flawless and enjoyable for audiences. The evening performances featured Daniel Schindlar as Ren McCormack and Elizabeth Mortati as Ariel Moore, the daughter of Reverand Shaw and Vi Moore played by Ryan Harrigan and Victoria Ciccone. The cast delivered an impressive and entertaining performance depicting a group of Midwestern teenagers trying to overturn an ordinance that prevents them from dancing.

An outstanding stage crew and a talented pit orchestra, directed by Vickie Henson, supported the cast throughout the show.