The Huntington Manor Fire Department responded to a crash on Depot Road near Brewster Street in Huntington Station, Thursday night, March 6, at about 9:40 p.m.  Upon arrival, firefighters found a Kia sedan resting precariously on its side after crashing into a guardrail and a tree with the driver trapped inside. Firefighters stabilized the overturned car with Rescue Jacks, and began a rescue operation using the heavy rescue “Jaws of Life” tools to remove the car’s roof and extricate the victim. The injured male driver was transported to Huntington Hospital by the Huntington Community First Aid Squad. About 30 Huntington Manor firefighters were on the scene with three heavy rescue trucks and two engines, under the command of First Assistant Chief Frank McQuade, and operations by Second Assistant Chief Mike DePasquale and Third Assistant Chief Jon Hoffmann. 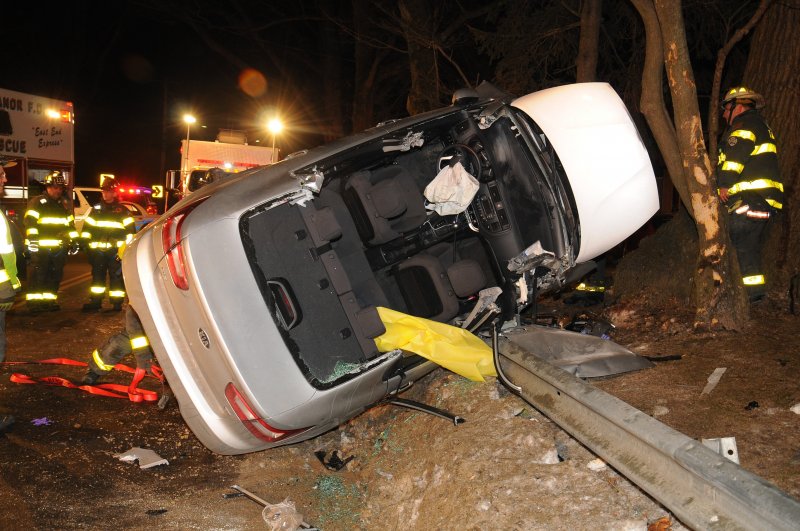 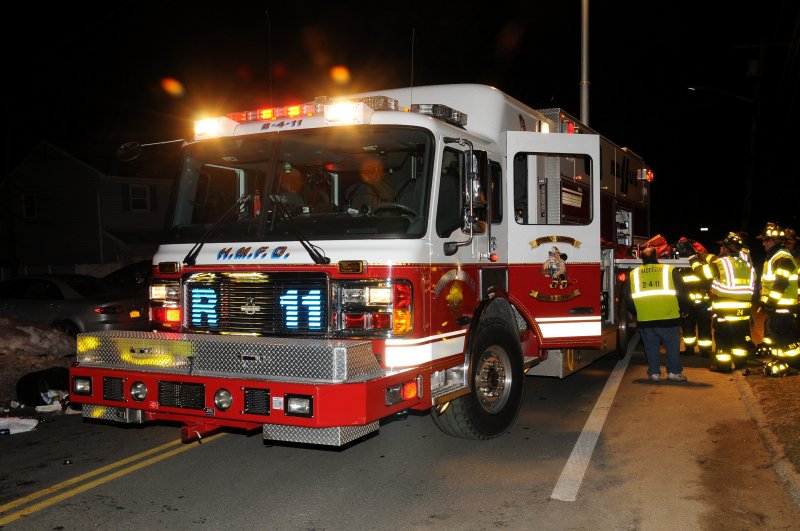 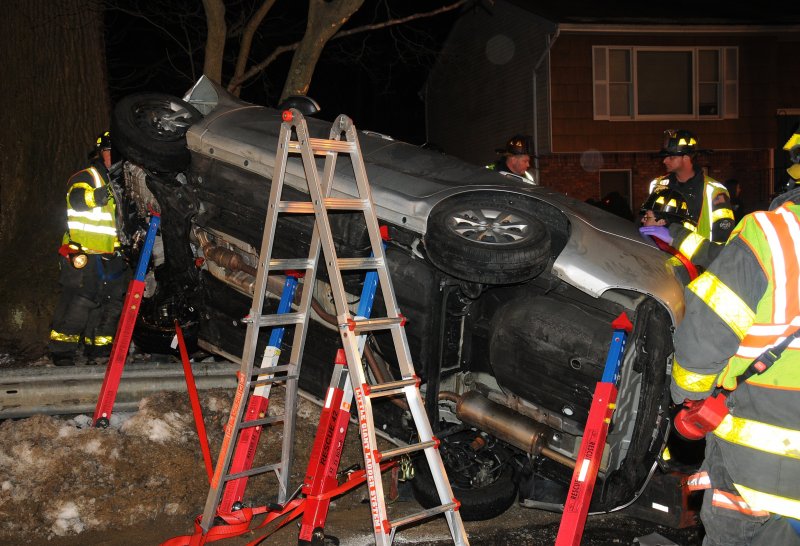 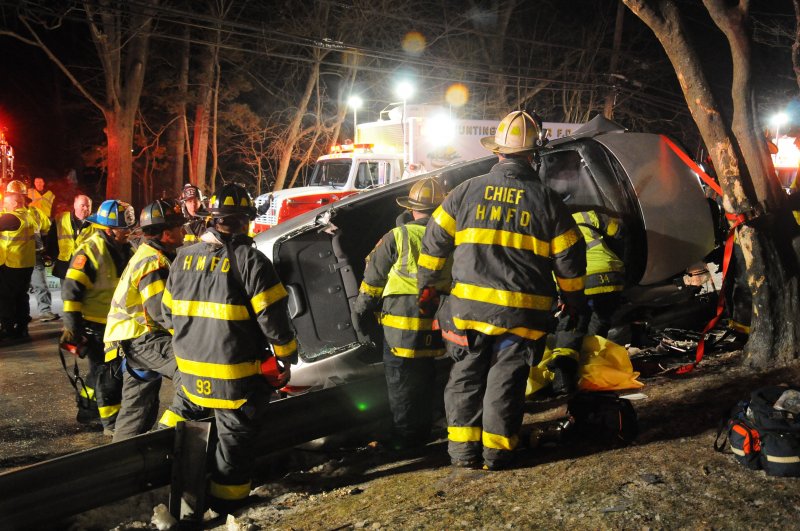 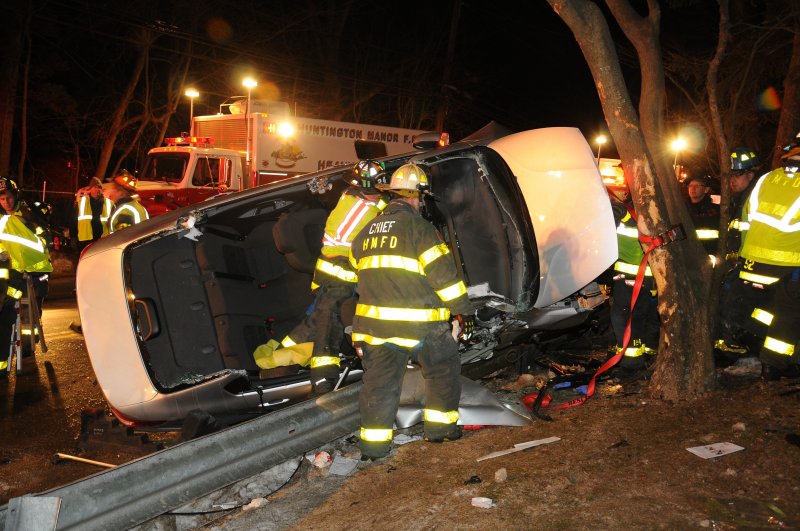