The Centerport Fire Department responded to a crash on Little Neck Road near Joan Court, after a Ford Expedition struck and split a utility pole, Sunday night, March 9, 2014, at about 7:45 p.m. About 25 volunteer firefighters and EMS personnel were on the scene with two engines, a heavy rescue truck, ambulance and Fire Patrol, under the command of Chief Nick Feeley and Second Assistant Chief Tom Boyd. The female driver declined medical attention. Firefighters notified PSEG to respond for the damaged pole and arcing electrical wires, and Little Neck Road was closed around the accident site. 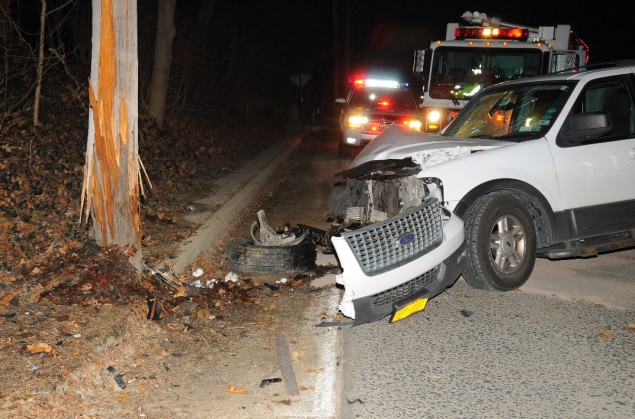 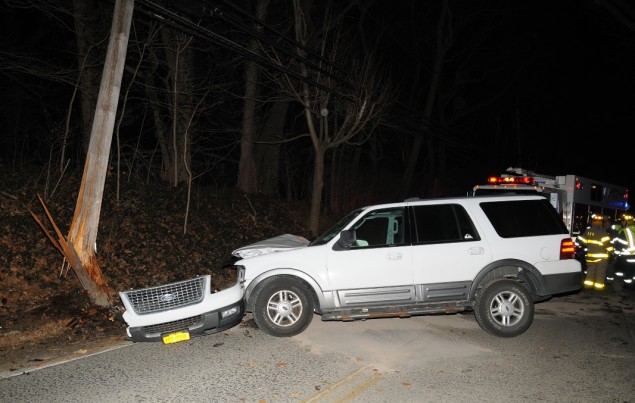 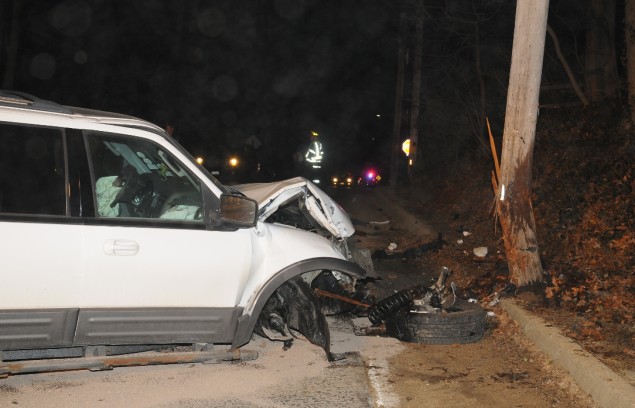