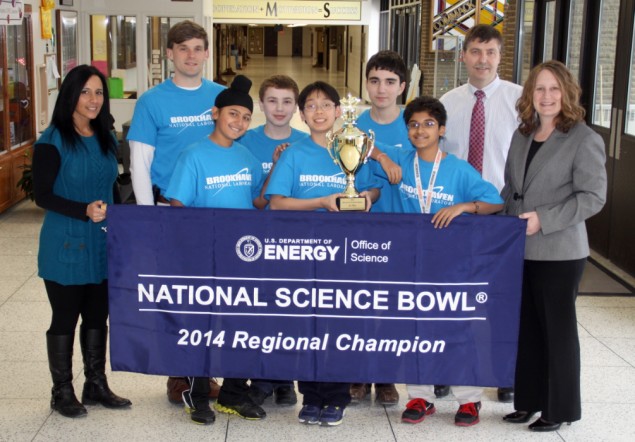 Team members Daniel Lee, Samuel Petruzzi, Anoop Singh, Muzaffer Tasoglu, and Amay Varaganti will travel to Washington, D.C. to compete in the National Science Bowl on April 24-28. The entire competition and travel expenses are funded by the Department of Energy.

The U.S. Department of Energy National Science Bowl® tests students’ knowledge in all areas of science and mathematics. Teams are comprised of four students, one alternate, and a teacher who serves as an advisor and coach. These teams face-off in a fast-paced question-and-answer contest that tests their knowledge of biology, chemistry, Earth science, physics, energy, and math.

Coach Charles Regulinski described the exciting final match: “Commack was undefeated through the final round, when we faced off against Locust Valley. Locust Valley defeated Commack in a close game, which forced a final and deciding round. In the final round, Commack defeated Locust Valley in a nail-biter that came down to the last few science questions. The final round score was 68 to 54.” He continued, “As always, the outstanding performance of our team is a testament to the tremendous job that all of our teachers and parents have done to make them well rounded adults.”