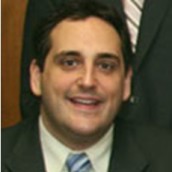 Today I voted against the re-election of four incumbent members of the Board of Regents. After participating in multiple candidate interviews, I believe we need new voices and new leadership on the board, which these incumbent members simply can not provide. All four were part of the disastrous implementation of Common Core, and none of them provided details when questioned about how they believe the system could be improved. Instead of putting New York’s students first and electing the most qualified applicants, we perpetuated a failing education system.

We must take steps to relieve the stressful burden the system has placed upon our students and educators. My colleagues in the Assembly Republican Conference and I introduced a comprehensive amendment that would have tackled the actual curriculum concerns. We also proposed reforms to the Regents system, which would have made the process more open and established greater accountability. Today, New York’s children ranked second to party politics and special favors.

“This process to select Board of Regents members has miserably failed our children. Going forward, as long as I remain a member of the Assembly in the state of New York, I will no longer be voting for any regents incumbent or candidate. The bottom line is that parents should have the power to directly elect those who they believe would best support their children. How can anyone support a process that allows for the same Regents members to remain in office year after year, in light of the complete and utter failure that has been the rollout and implementation of Common Core?

The entire process of nominating and appointing regents is flawed. There is no accountability; it is a closed process dominated by Speaker Silver and the upper echelon of the Assembly Majority. If the process is so secretive that even we, the members of the Assembly, aren’t sure of what’s happening until the day of our vote, there is no way for the public has adequate time to respond and be involved. Transparency is a critical component to our great democracy.  I cannot support this kind of opaque process.”