Bellone Calls on State Delegation to Approve Park Police Plan to Save $13.4M 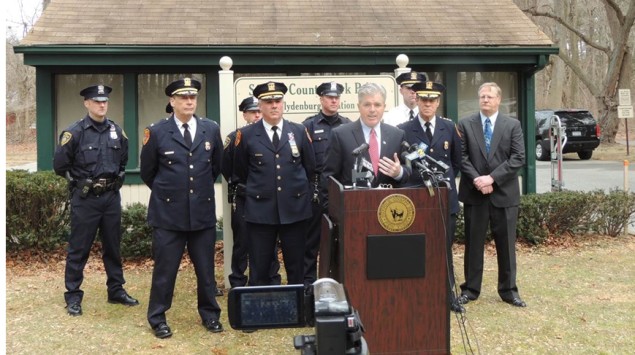 The state legislation is sponsored by Senator Ken LaValle and Assemblyman Steve Englebright and County Executive Bellone is urging the approval of this legislation on the state level.

“As we continue to promote initiatives that streamline government and produce efficiencies which save tax payer dollars, the transfer of the Park Police to the Suffolk County Police Department is yet another example of how to make government more efficient,” said County Executive Steve Bellone.  “I ask the NYS  delegation to approve this transfer and effectuate savings of $13.4 million through 2018 for the benefit of the Suffolk County taxpayer.”

Due to the seasonality of the Parks Police workload and the need to provide 24 x 7 coverage, the Parks Police experience a disproportionally large amount of overtime.  Using seasonal, temporary and part-time park rangers and park security guards would save a significant amount of dollars, provide more hours of service and improve coverage as compared to using full time Park Police.

The 2014 Adopted Budget proposed the transfer of current Parks Police Officers to the Suffolk County Police Department and includes provisions to hire seasonal, temporary and part-time park rangers and park security guards.  This transfer will supplement the County plans to hire a new class of Police Officers in 2014 under the new contractual salary plan.  This transfer would have the following advantages:

Should the proposal be approved expeditiously, the transfer of Park Police to the Police Department will generate 2014 overtime savings in the Police Department over the peak summer months.  This is an important opportunity for Suffolk County to continue providing a service at a lower cost to the taxpayer.