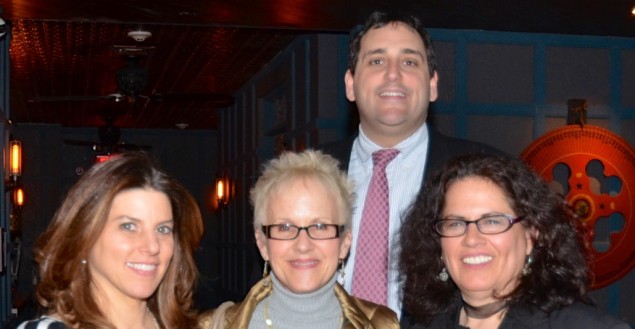 Assemblyman Chad Lupinacci recently joined supporters of Grace for a Cure to kick off a new national grassroots effort called “One Green Nation,” to raise awareness about Sanfilippo Syndrome. Grace for a Cure was founded by Joan Bucchino to support her daughter, Grace Bucchino. Grace was born on November 27th, 2000 and suffers from the genetic disorder, which currently has no known cure.

“Grace’s story is tremendously moving and Grace for a Cure does an outstanding job raising awareness about Sanfilippo Syndrome,” said Lupinacci. “Joan and the others put on a fabulous evening and events like this help further the cause. I’m proud to support Grace for a Cure and all their efforts.”

“One Green Island,” the Long Island chapter, connects action-oriented school administrators, local business leaders and wellness professionals for a night of networking in support of the “I Can Do It! With Grace” Love my Planet SmartGAME®. The SmartGAME® system was co-created by Grace’s sister, Julia. Its research-based educational method connects, educates and motivates for sustained whole-wellness practices for students in grades K-5.

Children with the disorder seem normal at birth and appear to develop typically for the first two years, before symptoms become evident. Conditions deteriorate further over time and eventually result in mental retardation. Victims eventually become unable to walk or swallow, and finally enter a vegetative state. 1 in 25,000 live births result in some form of mucopolysaccharidosis, with most succumbing by the age of 20. There is no cure.

To learn more about Grace for a Cure, click here.