South Huntington Jr. Prom – Making Something Special For Everyone

April 5, 2014 10:31 am | Filed under: Around Town,News,South Huntington Union Free School District | Posted by: The Huntingtonian 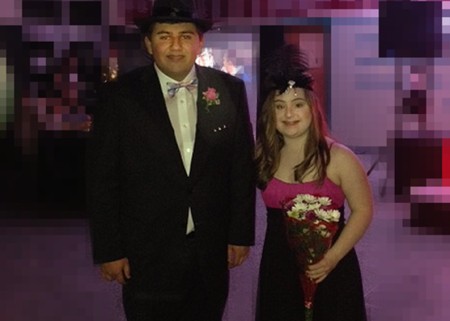 It’s prom season, and as young men and ladies find just the right outfit to wear to dress up the outside, for a group of Walt Whitman juniors, it was what was on on the inside that counted most. The junior prom was held recently, and class officers were busy making this year’s prom a most memorable one for everyone. In fact, “everyone” seemed to be the unofficial theme for the evening.

“We wanted to reach out to include everyone and make sure everyone had fun,” said Natalie Dunn, junior class vice-president. Marissa LoCastro, junior class secretary, couldn’t agree more: “It’s so important to reach out and make sure everyone is included. High school is filled with so many stereotypes that we really need to remind people that everyone is important. So with that in mind we couldn’t let this opportunity pass by.

The opportunity Marissa is talking about is to help ensure that two of our special-needs students came away from their junior prom feeling fully included. Little did the rest of the junior class know that they too would bask in the warmth of their gesture. On Saturday night, in a beautifully decorated South Cafeteria, Walt Whitman juniors Colin Hayes and Nicole McNulty were voted prom king and queen.

“It was a nice moment for both of them. They are two of the nicest kids in school,” said Gabby Vital, class treasurer.

“The junior class really got behind this,” said Ryan McAllister, junior class assistant. “Nicole and Colin were really surprised when their names were called. It was a great moment.”

Sean Dell, class assistant felt the same way. “It was an enriching experience for everyone. They both so deserved to win,” said Sean. “Nicole always has the greatest smile on her face in the hallway.”

“The kids at my table all agreed they deserved to win,” said Folasade Bamgbelu. “Colin is always so friendly. Whenever he sees me and my friends in the hall, he says, ‘Hi ladies! Hi Beautiful!’ It makes me feel good.”

Leslie Portillo, class assistant, was also enjoying the moment. “I invited Nicole to dance with me and my friends, and she was having so much fun,” said Lesley. “It’s important for Nicole and Colin to know that people like them and care about them.”

Maureen Leiva, class assistant, agreed with her classmate. “I know we all wanted them to win,” she said, “but it really came down to the vote. I was so happy to be able to present Nicole with the flower bouquet as the 2014 prom queen.”

“This contest was based more on character than popularity,” said Harris Ansari, class vice president. “These two walk through the halls and just brighten up your day with their smiles and friendliness. They are both just really good people. I’ve known Nicole since kindergarten. When she walked down the aisle, she looked like she was getting an Oscar. Same with Colin; when he raised his arms in a ‘winning tribute,’ it was fun to see. They both enjoyed it, and we did as well. It was very humbling. It was a great night and one we will never forget.”

A special thanks to junior class advisor Mr. Thomas Donlon for helping to facilitate this story, and to Ms. Denise Elmore for the prom photo. 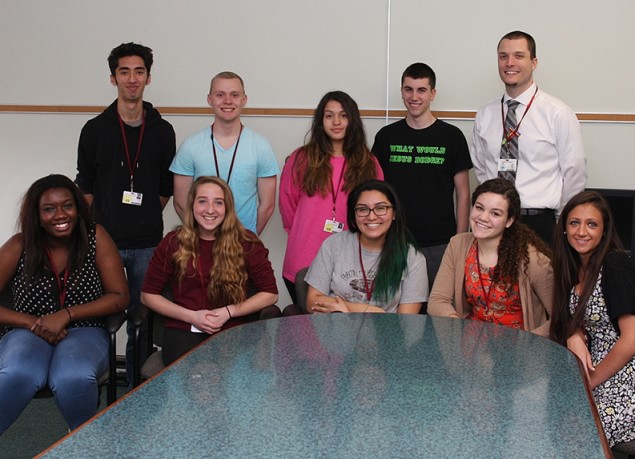