This post was originally posted on September 30, 2011. Does one of these properties have anything to do with the 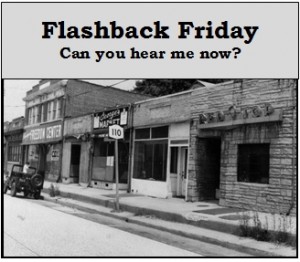 current police activity posted today? The Huntington Station Violent Crimes Task Force was formed in July 2014 as part of a proactive overall strategy to reduce crime in Huntington Station. Since its formation the task force has made a total of 496 arrests and issued a total of 3,375 summonses in the Huntington Station area. Of those arrested, 59 were gang members. https://thehuntingtonian.com/2014/12/12/huntington-station-violent-crimes-task-force-continues-enforcement-efforts/ We are checking into it for you.

On July 7, 2010 the Town of Huntington issued a press release claiming the following:

“Continuing the Town’s crackdown on illegal apartments, Code Enforcement officers, in coordination with Suffolk County police, executed search warrants at four locations July 1, finding illegal apartments at all of the locations. The Town placed notices of hazardous conditions at three locations and issued a total of 14 summonses and 12 notices of violation to the owners of the houses.”

Three of the 4 houses were owned by David Ney of Bayville.

All of the properties were non-owner occupied and had numerous code violations and over-occupancy issues.  At least one of these dwellings had residents living there who were receiving Section 8 benefits which means that the Huntington Housing Authority (HHA) should have been monitoring the dwelling for the safety of the residents.

The specific charges were:

At 216 Fifth Avenue, Huntington Station, the Code Enforcement officers found that a garage had illegally been converted to an apartment. Summonses were issued for illegal conversion and for failure to register the garage as a rental unit as required by Town Code. Three notices of violation were issued for missing smoke and carbon monoxide detectors. The officers placed a hazardous conditions notice on the garage apartment.

CASE 133 TOH vs DAVID NEY – 216 Fifth Avenue, Huntington Station. David Ney was found guilty of being in violation of Town Code 198-120A.

Town Code 198-120A States: It shall be unlawful to maintain, occupy or use a building, structure or land, or any part thereof, for which a certificate of occupancy and/or a certificate of permitted use has not been issued, or if such certificate has been revoked or suspended.

At 18 Eleventh Avenue, Huntington Station, the Code Enforcement officers found an illegal first-level apartment and the illegal conversion of a garage into an apartment, as well as interior alterations that had created hazardous conditions in a bedroom, as well as a failure to register the rental units with the Town.  A total of four summonses were issued, as well as three notices of violation for missing carbon monoxide and smoke detectors and interior dead bolting of doors. A notice of hazardous conditions was placed on the first-level bedroom.

Town Code 198-119 states: It shall be unlawful to construct, alter, repair, modify, remove or demolish, or to cause the construction, alteration, repair, modification, removal or demolition of a building or structure; or to own a building or structure which has been constructed, altered, repaired, modified, removed, or demolished, in whole or in part, without a permit having been issued by the Department of Engineering Services. Any permit issued may be revoked as provided in § 87-24 of the Huntington Town Code.

At 201 Fourth Avenue, Huntington Station, Code Enforcement officers found an illegal first-level apartment and issued summonses for the illegal apartment and failure to register. The notices of violation were issued for missing carbon monoxide and smoke detectors and interior dead bolting of doors.

It took more than a year for these cases to be heard and found guilty because David Ney did not show up for court many times. We estimate at least 8 times. These adjournments are up to the judge and from review of cases in his court, Judge Hackeling allows this to happen too frequently.  Adjournments only serve the slumlords and not the residents of Huntington. During this time of these adjournments David Ney was still collecting rent on these homes that were dangerous for those living in them.  The judge ordered a fine (arrest warrant) in the amount of $750 to be refunded if David Ney finally showed up in court.  This prolonged justice was very costly to taxpayers.  The Town attorney asked for $10,000 in fines for the violations on the three properties.  Judge Hackeling lowered the amount to $4500.  No reason was given for the lower amount.  In talking with the town attorney’s office and various Civic Groups, residents of Huntington find this to be unjust and very frustrating. $4500 becomes a small amount of money and is viewed as the cost of doing business for these slumlords who collect many rents in a home that is supposed to be a single family dwelling.

The only way to stop the abuse of the system by these unscrupulous landlords is to make it unprofitable for them to break the law.  The fines need to be more than what they perceive as a nominal fee and the judges on these cases have to impose what the town asks for or even more. These homes are very dangerous to those who live in them and destroy the quality of life of all residents of our Town.

During the same period of time that David Ney was in violation on three properties and he was failing to show up in court, he had the audacity of appearing before the ZBA to have another one of his properties made into a legal 2 family house. The address was 62 10th Avenue.  Under the ownership of David Ney, 62 10th Avenue had many dangerous crimes associated with it including:

October 29th 2010, Calvin Felder, 21, was standing in front of his home at 62 10th Avenue in Huntington Station while talking on his phone when he saw a late model black Ford Expedition with gold trim heading east on Craven Street at approximately 2 p.m. The vehicle stopped on Craven Street just east of 10th Avenue when two men exited the vehicle and one fired a shot in Felder’s direction.

Felder ran into his home, retrieved a shotgun, and came back out and shot at the men. One of the two men fired a number of rounds and shot Felder in the leg, shattering his femur. The men fled on Craven Street in the Expedition.

February 16, 2011 Suffolk County Police arrested a Huntington Station man after he was involved in a motor vehicle accident that seriously injured his passenger.  Calvin Felder was driving a 1999 Cadillac west on Long Island Avenue at 1:35 AM when his vehicle collided with a 2001 GMC driven by William Keyser, 39.  Felder, 22, of 62 10th Avenue, Huntington Station, was treated at Southside Hospital in Bay Shore and released into police custody. Felder’s passenger, Mark Smith, 22, also of Huntington Station, was transported by Deer Park Fire Department Rescue to Good Samaritan Hospital Medical Center in West Islip where he was listed in critical condition. Third Squad detectives charged Felder with Driving While Ability Impaired by Drugs and Unlawfully Fleeing a Police Officer.

The Zoning Board of Appeals (ZBA) which is appointed by the Town board, granted David Ney the right to turn 62 10th Avenue into a legal 2 family despite the long list of crimes associated with the property.  This property did not have the required square footage and it was already in violation of Town codes.  David Ney and his lawyer claimed that the home had always been a 2 family home and therefore should be granted permission to legalize it.  A lifelong Huntington Station resident testified that is was not always a 2 family residence and had been illegally altered.  The ZBA disregarded this testimony.  The ZBA obviously disregarded all the other homes owned by David Ney with violations and the fact they he was not showing up in court.

In the press release that we discussed earlier in the article, it also stated, “In measures sponsored by Councilman Cuthbertson, the Town also recently strengthened Town Code to require landlords of Section 8 housing to register with the Town and submit to inspections. The Town also is in the process of increasing penalties for illegal or substandard apartments. Other revisions stemming from the July 1 warrants are pending.” Mark Cuthbertson commented, “As we execute these warrants, we also learn about necessary revisions to the Town Code to speed enforcement. We are committed to doing all we can to ensure that all rental apartments in the Town meet required standards and comply with the law.” Frank Petrone also commented about the law that requires rental housing to register with the town and pay a fee.  “Houses with violations such as these affect the quality of life for tenants and neighbors alike,” Supervisor Frank P. Petrone said. “We are continuing our crackdown to ensure that rental housing units in the Town are properly registered and comply with Town codes.”

Mark Cuthbertson and Frank Petrone made the above comments in July of 2010.  As of today, there is no landlord registry available. 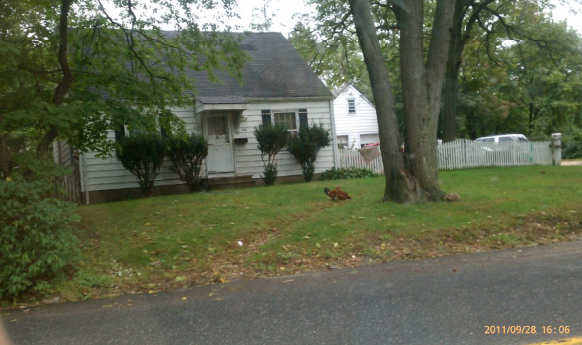 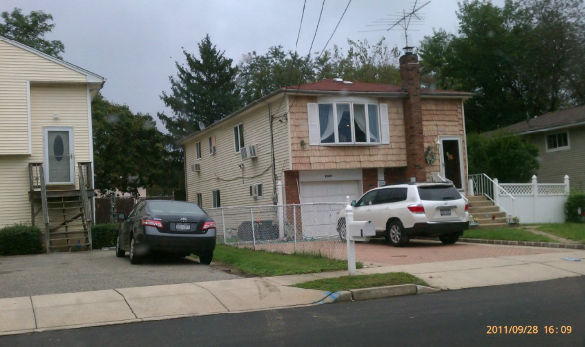 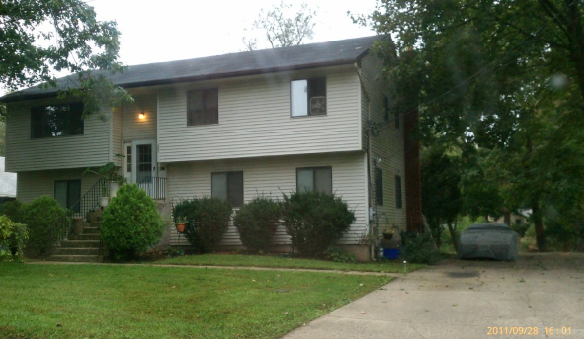