The Town of Huntington’s African American Historic Designation Council marked its 10th anniversary October 27, 2016 with a program that honored 11 persons central to its creation and to its success over the years.

Over the past decade, the Council has published booklets that helped chronicle that rich history, highlighting the development of African American neighborhoods, churches that remain vibrant even today and notable residents, including: Booker T. Washington, who had a house in Ft. Salonga; jazz legend John Coltrane, who lived for a time in Dix Hills; Jupiter Hammon, America’s first published African American poet, who lived in Lloyd Harbor and Huntington; and Samuel Ballton, Greenlawn’s pickle king. To help mark its anniversary, the Council compiled its four booklets into a single volume, copies of which are available at the Town Historian’s office. The Council has also spearheaded the placement of historic markers at many important sites.

At the program celebrating its anniversary, the Council honored:

Councilman Mark Cuthbertson and Councilwoman Susan A. Berland, who sponsored the Town Board resolution creating the Council.

Former Councilwoman Glenda A. Jackson, the first African American to serve on the Huntington Town Board, who hosted the Council’s first meeting and worked actively with it during its formative years.

Charla Bolton, a member of the council, and Rex Metcalf, a longtime advisor to the council. They co-authored a paper on the life of Jupiter Hammon that established his roots and his Huntington village residence after he was freed.

Michele Foulke-Edwards, who helped produce the historic booklets and who provided technical support when needed.

Another original member, Irene Moore, remains on the Council and is its chair. The other current members, who are appointed by the Town Board, are Phyllis Pottinger, Charleen Francis and the Rev. Glorious Logan-Artis. 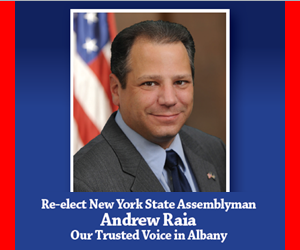