Teens from The Chai Center’s CTeen chapter in Dix Hills (CTeen West Suffolk County) shopped for and purchased more than 50 new toys that were donated to families living in the United Veterans Beacon House facilities. The teens also baked cookies to be delivered with the toys.

With over 200 chapters globally and tens of thousands of members, CTeen, the fastest growing Jewish teen network in the world, inspires and facilitates teens who want to give back to their community and environment, with an emphasis on positive character development. The CTeen Dix Hills chapter has more than 40 members and is based at The Chai Center (501 Vanderbilt Parkway) and run by Rabbi Dovid Weinbaum.  www.thechaicenter.com

United Veterans Beacon House, Inc. (UVBH) is a not-for-profit charitable organization with a mission to provide transitional and permanent housing to U.S. Military veterans and men, women and women with children. Launched by a group of philanthropic Vietnam Veterans in 1994, UVBH operates and supports 28 locations throughout Nassau and Suffolk Counties in New York and provides services to over 185 men, women and children on any given day. UVBH works closely with the homeless veteran population of the Tri-State Area, working with veterans who come to them with drug and alcohol addiction, PTSD, TBI and mental and/or physical health issues. They expanded their efforts to include assisting the non-veteran population and the issues they face including homelessness, drug and/or alcohol addiction and job skill readiness and development. 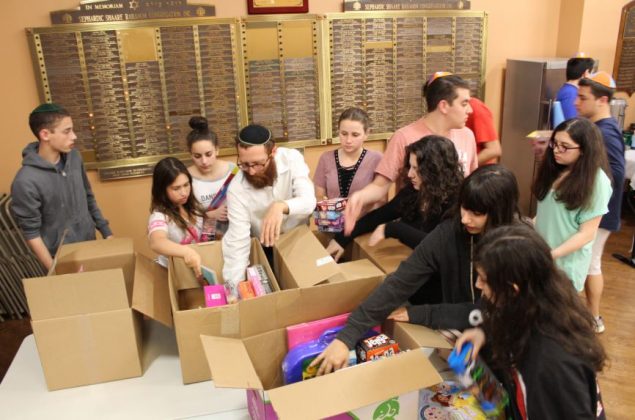