Throwback Thursday From 2016 “Mr. Supervisor, Why Can’t You Hear The People!” 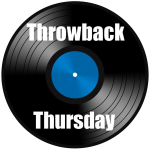 Editors Note: It’s been 3 years since this story was published and nothing has changed. Even with a new Administration.  Where is our New Supervisor? Maybe we need ICE to Handle! What are your views?

Can you make a New Year’s Resolution to finally address drunken behavior in 2016? – EDITORIAL 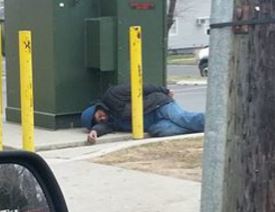 Every week someone is getting run over. Every day someone in Huntington is falling down drunk. Civic groups like the Greater Huntington Civic or Huntington Matters complain to “Public Safety” or a town board member or to the police. I have attended years of meetings and “talks” on the subject, but nothing is done. Why?

Mr. Petrone, why have you not responded properly to Huntingtonians? Why have you not gone down to Huntington Hospital on a Friday or Saturday to see what really goes on? You hired Ken Lindahl (ex-cop) but that didn’t work; you hire Dominic Varrone (ex-detective) as a “liaison” to the police, but that hasn’t worked either. I sat with you Mr. Supervisor for 2 hours, and we had quite a meeting. I told you about many, many problems in the town you are in charge of. Yet nothing gets done? WHY? 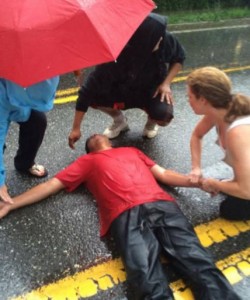 I can only ask WHY? Maggie Rosales’ murder got people angry at you and the police. But has anything changed since then? The answer is a resounding “No!” June Margolin, Jim McGoldrick, Robert Rocklein, Steven Spucces all stood before you and asked for your help. You told them “We will help you!” But we are all left to wonder where and when? The “5 Corners” is a joke; the drunks on Depot and New York Avenue are a joke. Oh, and the night of Maggie Rosales’ rally at Town Hall, Bellone and Burke came riding in on their chariots, told my newspaper that we printed the wrong stats – that there were not 23 unsolved murders in Huntington, but that there were only 4! Wow! Burke, the chief of police, was cut down in his tracks by my co-editor, who told him that the police had provided us with those numbers. Further, they never sent out a correction that the numbers were wrong. We sent them our list and asked for conformation, but they never answered.

Mr. Supervisor, you were going to have me sit down with Dominc Varrone. Why? Because that would have been a good idea so I could educate him to the knowledge that I have about Huntington. That never happened. I told you that after 1 a.m. on New York Avenue drunken men come out of the bars and walk in the middle of the road daring motorists to hit them. Has that been dealt with? No, why should it? 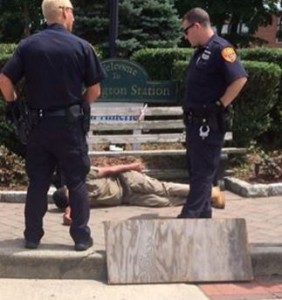 Now that I have pontificated to the point that my head has nearly exploded, I will get to the point I really need to make: We have a drunkenness problem in the “Township of Huntington” – not just in Huntington Station. I have pictures of drunks at 2 p.m. trying to cross Commack Road near your house. I ask you, Mr. Supervisor, how would you feel if your wife went out to go to the Bonwit for a late lunch and ran over a drunk trying to cross Commack Road?

This brings me to the point of this whole abomination. Jim McGoldrick, June Margolin, and many others have stood up and asked you what you are going to do about the drunkenness in and around the 5 Corners? Men are peeing in the streets, and they are falling down drunk in the middle of the road!

Your answer has been silence, and the police answer is standard operating procedure (SOP) to take them to the hospital to get checked out. I call hockey pucks on you and the police, and because you are the “Supervisor” I expect you to solve this major problem in our town.

This brings me to last Saturday night. I had to bring a family member to the ER at Huntington Hospital, where I spent 8 hours during prime drunk time. I witnessed two drunks – I believe it was a slow night and the ER was not that busy overall. I was appalled by what I saw. I think you need to spend a Friday and a Saturday night there to observe because what I witnessed sickened me to no end. 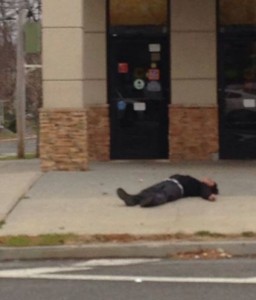 First, let me say that the ER doctors and nurses were outstanding. They were professional and did their jobs effectively. Enter the first drunk. Mr. Supervisor, five Greenlawn Ambulance Squad members bring him in on a stretcher. They were followed by four SCPD officers. That is nine man-hours of time spent on this one drunk (considering the time spent getting him to the hospital, paperwork and linger time in the ER). They wheeled him into ER17. After 15-20 minutes the ambulance crew and four police officers leave. The drunk then says he is leaving! The nurse at the desk proceeds to call someone – I presume Security – and asks “Hey (the drunk) wants to leave. What do you want me to do?” By her response after she hung up, the person on the line must have told her to let him leave. There was no medical reason to keep him there, and he demanded to be released.

So, Mr. Supervisor, the police tell the community that they follow SOP by bring these people to the ER/Hospital. The fact is that the police did not care, they dropped this guy off, and the hospital let him leave. And he walked straight out and down Park Avenue, 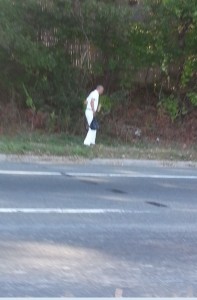 Commack Rd not falling yet

where he could very well become a “victim” of a car accident by a Huntingtonian, who might run him over. Maybe, Mr. Supervisor, that could be your family member that this happened to, and then maybe you might pay attention.

Mr. Supervisor, this is your town that you are in charge of, please make it your duty to spend a night at the ER and observe what happens. Tell the police, especially now that Burke is locked up, to take these people to the precinct and lock them up for the night for the safety of all Huntingtonians. And release them in the morning with a ticket for public intoxication. Maybe after 10 of them, a judge might even get pissed and do something, but what we are doing now is insane. Do you know the definition of insanity? According to Albert Einstein, insanity is “doing the same thing over and over again and expecting different results.”

We need your help. Where are you? 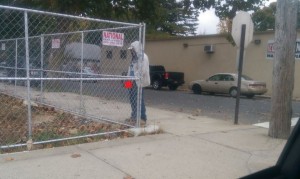