July 8, 2021 11:17 am | Filed under: Dix Hills,Government,Hamlets,Heart of the Community,News | Posted by: Nicholas Wieland 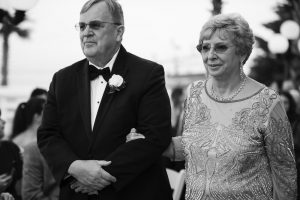 The Town of Huntington’s first and only woman Town Supervisor and former Assemblywoman, Toni Rettaliata-Tepe lost her battle with cancer on April 8, 2020, just nineteen days after her husband Phil Tepe, Commissioner and Ex-Chief of the Dix Hills Fire Department and member of the Town’s Veterans Advisory Board, passed away unexpectedly on March 20, 2020.

On what would have been the 76th birthday of Huntington’s first woman Town Supervisor, the Town Board renamed Dix Hills Park in memory of Antonia “Toni” P. Rettaliata-Tepe, and her husband Philip H. Tepe. 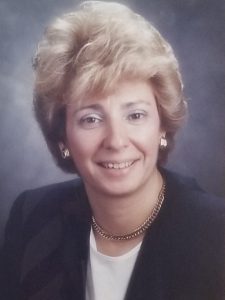 Born Antonia Patricia Bifulco in Manhattan on October 20, 1944 to Pasquale Bifulco and Mary (Finello) Bifulco, “Toni” was raised in Huntington and graduated from Huntington High School. She went on to attend Katherine Gibbs School in Melville and work as an administrative assistant in the Suffolk County courts.

After marrying John B. Rettaliata, Jr., Toni ran for elected office under her married name, Toni Rettaliata, and became the third and last woman to date to ever hold the office of New York State Assemblymember from the Town of Huntington. Toni followed in the footsteps of Huntington suffragist Ida Bunce Sammis, the first woman to ever serve in the New York State Assembly, and succeeding Mary Rose McGee, in the 8th Assembly District (1979-1982), then, after redistricting, serving in the 10th Assembly District (1983–1987). Assemblywoman Rettaliata notably secured the first $31,000 in funding that allowed former Town Clerk Jo-Ann Raia to build the award-winning and history-making Huntington Town Clerk’s Archives and Records Center, now named for the former and longest-serving Town Clerk.

In 1987, Toni Rettaliata was elected Town of Huntington Supervisor and served the then two-year term as the first and only woman to ever hold the office (1988-1989); she was responsible for the formation of the Town of Huntington Veterans Advisory Board.

Philip H. Tepe was an American patriot with decades of service to his country and community as a Vietnam Veteran, Commander of the Veterans of Foreign Wars Nathan Hale Post #1469, and a member of the Town of Huntington Veterans Advisory Board, serving as co-Chairman of its Vietnam Veterans Committee.

Phil Tepe was Commissioner of the Dix Hills Fire District, of which he was an ex-Chief, Badge #207 and 52-year member of Engine Company 2 and served as a Suffolk County Deputy Fire Coordinator and a Town of Huntington Fire Marshal. 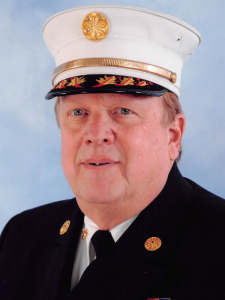