Despite His Arrest, William ‘Doc’ Spencer Continues To Be Actively Involved In Our Local Politics

Editors Note: So here we are on a Tuesday in New York, our Governor Andrew Cuomo has been accused, and the investigation proves he did use his office to sexually torment and abuse women under his office. Investigators gathered evidence from 11 women, nine of whom are or were state employees, said former acting Manhattan US Attorney Joon Kim, one of two outside lawyers hired to conduct the probe.

We have Chad Lupinacci, Town Supervisor, who has been accused of the same, but by his male legislative aide when Lupinacci was a NYS Assemblyman.  Below we have a very well written letter about “Doc” William Spencer, a Suffolk County Legislator who was arrested on two felonies and is still in office.

Why are these men allowed to stay in office? Some will say “innocent until proven guilty.”  This is not about going to jail, although for at least two of the three it should be, but about our politics and our morals. These man should step down until trials, investigations, etc. are complete. Then, if they want to still be in office, they can run again. We have lost our moral compass, not only here in New York State and Huntington, but in the whole country as well. 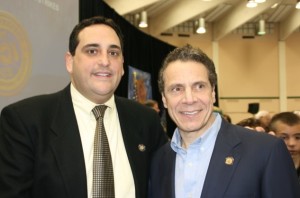 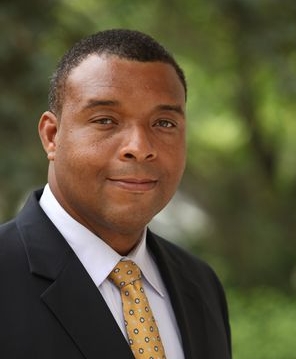 LETTER BELOW IS FROM Zak Zethner a Huntingtonian:

The news of Suffolk County Legislator William ‘Doc’ Spencer’s arrest left me and many others shocked. The man who I had volunteered countless hours for on his re-election campaign, who had spoken at my high school on numerous occasions, who I had only ever heard wonderful things about from voters who would seldom give such praise to even the most upstanding of politicians, had been exposed in one of the most high level sex-for-drugs scandals Long Island had ever seen.

Despite how disturbing this arrest was for our community, what should cause even greater disgust is Spencer’s continued unapologetic active involvement in our local politics. A few weeks ago, Spencer had a reserved seat at the Suffolk and Nassau Chambers of Commerce Toys for Tots charity event at The Paramount, a gathering hosted by some of the biggest names in Long Island politics from Steve Bellone to Tom Falcone, and was even given special recognition along with other politicians invited to the event.

Although I found Spencer’s presence to be strange and a little unsettling, I quickly wrote it off as a fluke; perhaps the hosts of the event had made a mistake in inviting a man out on bail for two third-degree felonies. Maybe they had sent out invites to all of the Suffolk Legislators without regard. Whatever the reason, it wasn’t anything I felt to be particularly concerning. But then, I saw the flyer for the first gathering since the pandemic of the Community Conversations event at Huntington Station Public Library that I was to attend. Written plainly underneath “GUESTS,” right alongside the Suffolk County Health Commissioner, was William Spencer. The possibility of Spencer’s invitation to both of these high profile events as being an accident was something I immediately had to rule out.

As the event began, I felt the color drain from my face when I saw who was front and center at the podium, thanking everyone for attending and introducing each of the speakers; far from simply being a special guest as the flyer had indicated, it was Spencer who was the host of Community Conversations. Looking around at the faces of the crowd as he spoke, I saw many of Huntington’s most high level leaders, including several elected members of the Town Board.  Their expressions seemed to say to me “We know, and we don’t care.”

As many of you likely are as well, I am left with the burning question: How can a man at the center of one of Long Island’s biggest political scandals in decades continue to be so actively involved in local politics? It seems almost common sense that after getting arrested, especially for such a serious and detestable offense, that Spencer’s political career should be long gone. Although absolute certainty about Spencer’s alleged crimes will come after a trial has taken place, given the overwhelming evidence presented by the District Attorney, it is at the very least more likely than not that Spencer abused both his medical and political power to abuse opioid addicted women, all while serving on the Suffolk County opioid task force. Why then, in the face of such injustice, are some of our most respected and high ranking leaders continuing to prop up Spencer and his political career? That is not for me to say What is certain, however, is that Spencer is taking advantage of the lack of attention on him following his announcement earlier this year that he would not run for re-election to continue playing an active role in Suffolk politics, right up until a trial is held and he is legally bound not to do so. As residents of Suffolk County, we should all be resolute in demanding that our leaders stop enabling Spencer to play such an important role in our local politics.

We can all do much better.