Why am I running for Huntington town supervisor?

I stand with  the people and fight for the community. I am continuing to fight LIPA’s deceptive practices against the taxpayers and the rate payers with my own personally funded lawsuits.  I have uncovered two separate defenses which were never raised by the town retained tax certiorari attorneys. 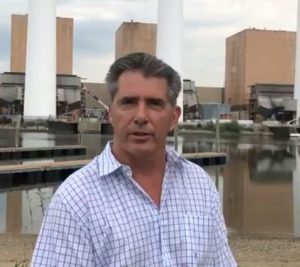 What is puzzling  is why any elected official would have an issue with a lawsuit that is funded with my own money? If I win, it will benefit everyone. If I lose, it only hurts me, as no taxpayer dollars are being used in this lawsuit. The federal intervention motion I filed is now in the hands of the Magistrate where some of these issues may be fully litigated. Did the Authority illegally create “void ab initio” contracts with Cross Sound Cable to end run PACB submission requirements?  If the Cross Sound Cable contracts are nullities, does the same apply to the National Grid contracts? What then, was LIPA’s basis for the tax challenges?

A bipartisan grass roots effort showed Huntington voters were not happy with the choices they were being given by the local political party bosses. These voters organized an effort to put someone who had a proven track record of being their independent voice on the ballot. I am proud of my record of listening to the residents and business owners of Huntington.

I voted against developments which did not meet community standards in measuring detrimental impact on the existing community, like Seasons of Elwood, Benchmark of Northport and Sunrise Assisted Living on Pulaski Road. I have thought outside the box to help our veterans’ organizations when they need upgrades at their facilities at no-cost to taxpayers or the veterans. I have worked with Suffolk County Police Department and Suffolk County Police Athletic League to bring no-cost sports programs to the community. I believe it’s vital to build the relationship between the police and children in minority communities, with the hope that children in these communities will continue to aspire to local and national service with role models from law enforcement.

I ask uncomfortable questions to get answers. Many times, these questions get answers which help the community. As a result of my questions, we now know Long Island Lighting Company, not Long Island Power Authority signed the 2012 $500 million contract with National Grid. We know the Authority used that illegal tactic to avoid submitting the agreement to the Public Authorities Control Board. We know the judge in the 1999 AEP case ordered Long Island Power Authority to submit any agreement valued at over $1 million to the PACB for approval.

Governor Pataki provided my attorney with an Affirmation stating the LIPA Chair Kessel’s position statement in front of the 1997 PACB Board, which committed the Authority and the generation companies not to file tax challenges against the LILCO legacy power plant assessments. In filing the tax challenges, the Long Island Power Authority acted illegally in using “Long Island Lighting Company” to bypass PACB submission and approval.

I ask you for your vote for Huntington Town Supervisor.  I pledge that I will continue to listen and work for the people of Huntington; to respect that you know what you need your town to be.  I will continue to fight for you and pledge to work with my colleagues for bipartisan government.