Northport High School student Amanda Penny is using her interviewing skills to run a successful podcast, which she has titled “Amanda’s World.” The podcast focuses on topics of interest to Amanda, ranging from her favorite television shows to her focus on a career in journalism.

Amanda says she hadn’t planned on the podcast becoming such a success, but after her first video received over 100 views, she realized there was an opportunity to grow an audience or even make money. To help build a following, she has been uploading content nearly every day since January and has had over 4,000 views. Her guests have included producers, small business owners and journalists and have ranged from Morgan Evans, host of the Teen Wolf After Show to Barstool Sports content creator Alex Bennett.

When asked what she enjoys about the podcast, Amanda said “I love interviewing people and talking. For example I interviewed this singer who I loved when I was young, and to this day, I still talk to her. I made a lot of connections in L.A. and I have a really big support system.”

Amanda runs the podcast almost entirely out of her home with support from school staff, who have provided her with resources and guidance. “My school support system is amazing. Everybody supports me 100 percent,” she said.

In the future, Amanda hopes to study journalism in college and eventually work for a media company, such as MTV or Barstool Sports. 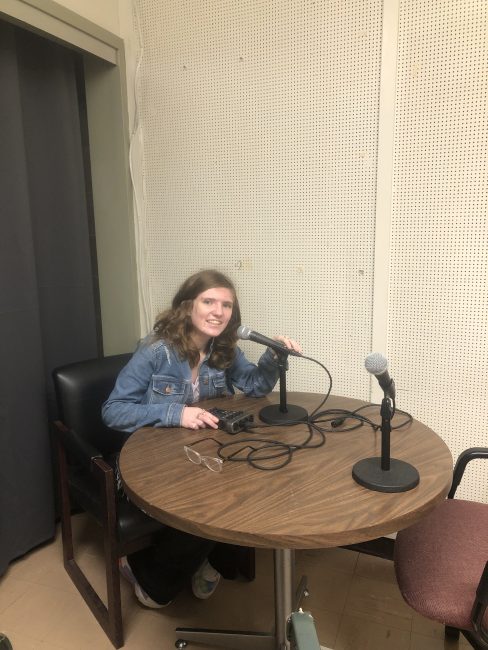