Despite a touch of rain, the Elwood community and the students of John Glenn High School welcomed the return of homecoming on Oct. 23, 2021 proudly marching on the traditional parade route from James H. Boyd Intermediate School to the high school, led in turn by Greenlawn Fire Department trucks; local Boy Scouts and Girl Scouts troops; the John Glenn kickline, marching band and cheerleaders; district administrators; and the high school’s classes and their creative Pixar-themed floats.

On the prior afternoon, the four classes enjoyed a spirited pep rally highlighted by the introduction of the school’s athletic teams and a tug of war competition. The juniors, dressed in orange, defeated the red-clad freshmen, while the green-wearing sophomores surprised everyone by beating the seniors in yellow. The sophomores took the class championship over the juniors, but then were in turn overpowered by an impromptu team of teachers led by Superintendent Dr. Kenneth Bossert. The rally culminated in the crowning of homecoming king Travis Ancewicz and queen Samantha Barzilai.

Before the big game, the varsity football team’s seniors were recognized in a special ceremony, each athlete taking an honorary walk arm-in-arm with their parents. The Elwood spectators’ hopes were fulfilled as the home team soundly defeated visiting Wyandanch by a decisive 41-14 score. Knights quarterback Chris Franzese completed a perfect 8 of 8 passes for 168 yards and three touchdowns and Craig Decembre’s three receptions earned 93 yards and two touchdowns, while Kevin Vides scored a memorable touchdown in the second quarter on a 26-yard punt return. 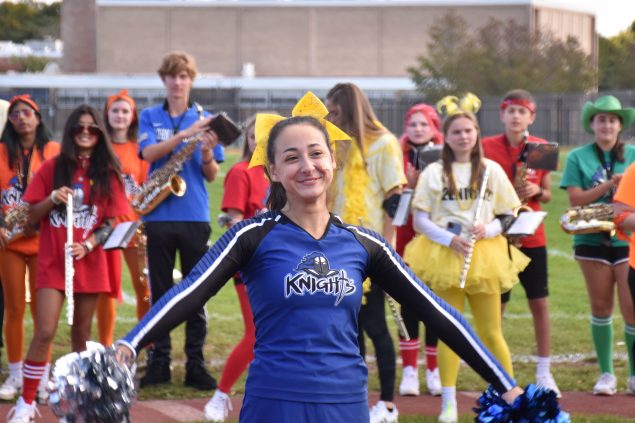 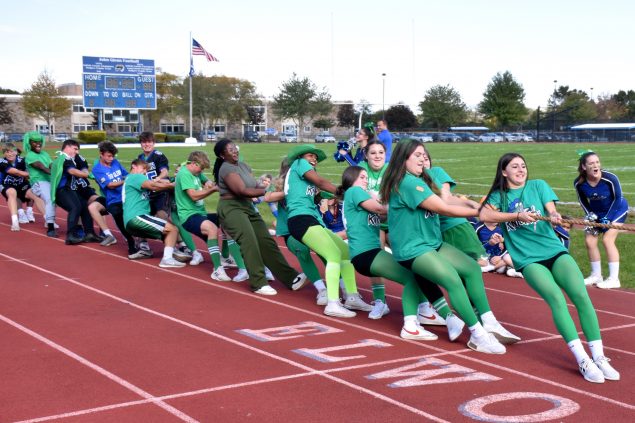 The sophomores proved winners in the tug of war during Elwood-John H. Glenn High School’s pep rally on Oct. 22. 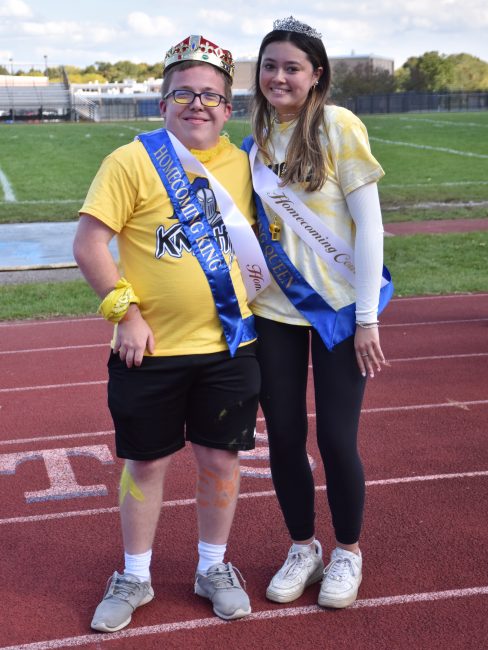 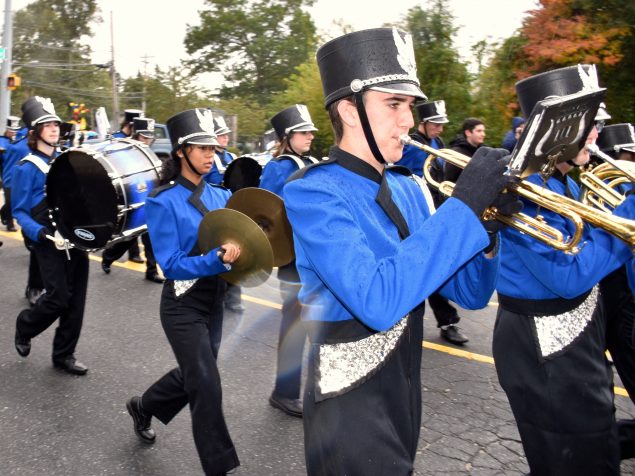 The Elwood community and John Glenn High School students welcomed the return of homecoming with a parade on Oct. 23. 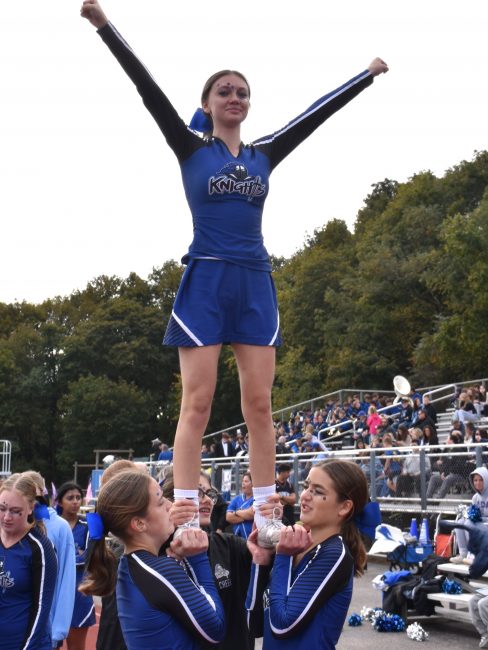 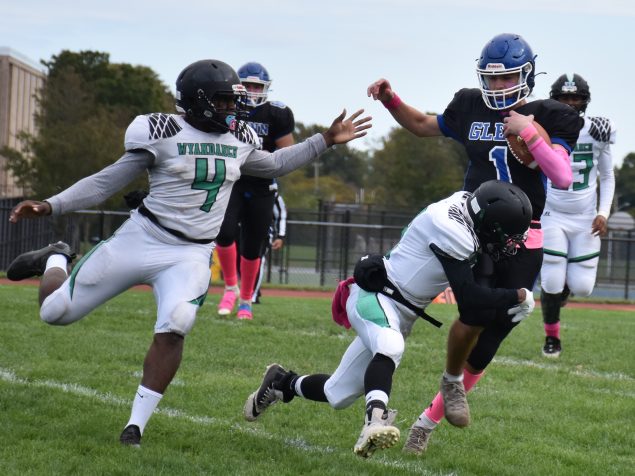