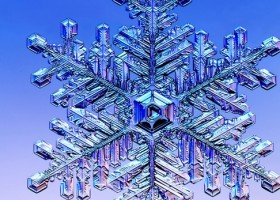 Blizzard Warning Between 6PM This Evening Through 1PM Sunday.

New York’s “gap elimination adjustment” has cost Huntington School District taxpayers and students nearly $11 million in lost state aid over the past five years, including a $1,827,543 reduction in the current school year. The loss amounts to more than $400 per student this year.

January 27, 2015 5:35 pm Comments Off on Message from the Elwood Superintendent of Schools Regarding the Tragic Death of Sean Urda

Press Release by AJ Carter- Huntington Supervisor Frank P. Petrone announces that Town facilities and programs will be back on their normal schedules Wednesday, January 28, after being closed because of the blizzard on January 27.
Trash collection will resume with the scheduled single stream recycling pickup. HART bus fixed route and paratransit will operate on […]

At approximately  10:00 p.m. on Monday, January 26, 2015, three 17-year-old teens were taking turns snow tubing down Chester Court in Huntington when one of the teens, Sean Urda, got on the tube, apparently lost control and struck light pole.
Urda, of Julia Lane, East Northport, was transported to Huntington Hospital by Greenlawn Fire Department Ambulance […]

All Local and State Roads in the Hudson Valley, New York City and Long Island Regions.

Tonight Snow with widespread blowing snow. The snow could be heavy at times. Some thunder is also possible. Low around 22. Wind chill values between 5 and 10. Windy, with a north wind 21 to 28 mph, with gusts as high as 46 mph. Chance of precipitation is 100%. Total nighttime snow accumulation of 10 to […]

January 26, 2015 2:22 pm Comments Off on Bellone Declares State of Emergency for Suffolk County

Suffolk County Executive Steve Bellone declared a State of Emergency for Suffolk County as of 12:30 p.m.
Suffolk County’s emergency operations center opened at 7:00 a.m. this morning and will continue to be open throughout the duration of the storm.
In the event of an emergency, residents are advised to call 911. For non-emergencies, meaning that immediate […]