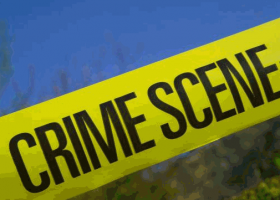 On Wednesday, July 6, 2016, at approximately 11:20 p.m., Lanise Felder, of Huntington Station, was walking on Craven Avenue towards 10th Avenue in Huntington Station when she thought she heard a firecracker explode. She then felt tingling in her lower leg and realized that she had been shot in the leg about four inches above […]

July 6, 2016 8:17 am Comments Off on Bus Company Employee Struck by Minibus in East Northport

Suffolk County Police Second Squad detectives are investigating a crash during which a bus company employee was struck by a minibus in East Northport on Tuesday, July 5, 2016 at approximately 10:15 a.m.
Joanne Fuller-Astarita, an employee of Baumann and Sons Buses, located at 24 Railroad Ave., was walking in the driveway of the business when […]

The New York State Department of Environmental Conservation has issued an ozone health advisory for the Long Island region. Suffolk County Health Commissioner Dr. James Tomarken advises that young children, the elderly, those who exercise or are involved in strenuous outdoor work, and those with pre-existing respiratory or heart problems, limit strenuous outdoor activity. Ozone […]

July 5, 2016 9:38 am Comments Off on New Cyanobacteria Blooms, Health Officials ask Residents to Keep Children & Pets Away From Area

July 5, 2016 8:33 am Comments Off on 8-Year-Old Huntington Station Girl flown to the Hospital by Medivac Helicopter After Suffering Burns

The Huntington Community First Aid Squad was sent to a residence on E. 4th Street in Huntington Station at approximately 4:10 PM, July 4th for a victim of burns.  On arrival it was learned that an eight year old female, while attempting to get an item from a table, pulled a pot of hot water […]

July 3, 2016 7:39 am Comments Off on Officers Assist Four Men Stranded in a Severe Thunderstorm in Northport

Marine Bureau officers assisted four men stranded on the Long Island Sound in an open boat during a severe thunderstorm on Friday, July 1, 2016 at approximately 10:35 p.m.
Fermin Ortiz, 39, of Brentwood, and three other adult male passengers left the Soundview Boat Ramp in Northport shortly before 8 p.m. on July 1 for a fishing […]

July 3, 2016 7:13 am Comments Off on Seven People Arrested at Sobriety Checkpoint in Huntington Station

On Saturday, May 28, 2016 at 12:18 a.m., A 21-year-old man was exiting his vehicle in the parking lot of 7-Eleven, located at 247 Broadway, Greenlawn when approached by three men. One male displayed a handgun and struck the victim in the head. The victim fled without handing over any proceeds and called 911.
One suspect was described […]

A man was shot at the LIRR Commuter Parking Lot, New York Avenue, Huntington Station on Saturday, April 23, 2016 at approximately 8:00 p.m.
Jose Jurado, 20, of Huntington Station, was walking through the LIRR parking lot when a man stepped out of a vehicle, pointed a gun at Jurado, and shot him in the foot.
Jurado […]

April 18, 2016 5:44 am Comments Off on Man Arrested for DWI after Huntington Station Pedestrian Killed in Motor Vehicle Crash