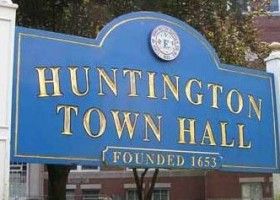 July 20, 2020 1:38 pm Comments Off on Letter To The Editor Regarding LIPA/NatGrid Tax Case, With Criminal Implications

The latest proposal comes as a court decision on the valuation of the Northport Power Plant appears imminent.
“The proposal represents the latest offer presented to the Town to date. Under the proposed settlement, […]

Due to heavy rainfall, the Suffolk County Department of Health Services has issued an advisory against bathing at 64 beaches. The advisory is based on the knowledge that bacteria at levels that exceed New York State standards will affect these beaches.
The beaches covered by the advisory are located in areas that are heavily influenced by […]

14,222 individuals not previously tested for COVID-19 have tested positive […]

Woman Shot Before Being Involved in Single-Vehicle Crash

June 1, 2020 5:35 pm Comments Off on Woman Shot Before Being Involved in Single-Vehicle Crash

Suffolk County Police Second Squad detectives are investigating an incident in which a woman was shot, then involved in a single-vehicle crash in East Northport this afternoon.

Second Precinct officers responded to a report of a crash in front of 319 2nd Street at 4:27 p.m. When officers arrived, they found a female passenger of a […]

Valley Grove Beach in Eatons Neck, located in the Town of Huntington, has closed to bathing due to the finding of bacteria in excess of acceptable criteria.
According to Suffolk County Commissioner of Health Dr. Gregson Pigott, bathing in bacteria-contaminated water can result in gastrointestinal illness, as well as infections of the eyes, ears, nose, and […]

As you watch every day and listen to the Federal Task force or the New York State briefings from the Governor or like me I’m on with the County executive you feel like it is ground hog day again and again and again. You question when is this going to end, when can we get […]

With heavy hearts, the family of Leo Kornfeld has announced the passing of their beloved father, grandfather and great-grandfather.  A longtime resident of Huntington, Leo passed away peacefully on the morning of April 9, 2020 at the age of 87. Predeceased by his brother, Martin Kornfeld, and his first grandchild, Jennifer Holland, Leo is deeply loved and missed by his surviving relatives: his children Michael Kornfeld and Karen Kornfeld  Holland (Charlie); his grandchildren, Tanya Brenner (Jeffrey), Cheyanne Holland, Charlie Holland and Nicolette Boccia; his great-grandchildren, Cassidy, Arianna, Brayden, JJ, Jameson Leo, and Olivia; his sister, Jeanne Steiglitz, and many nieces and nephews.
“My grandfather was known best for his caring, compassionate and loving personality,” said Nicolette. “He always put others’ needs and wants before his own and always offered to lend a helping hand. He was a good, selfless man with a tremendous heart.” From serving in the military in the 1950s to serving as a NYS Workers Compensation Administrative Law Judge for nearly 25 years (retiring just weeks before his 82nd birthday), he dedicated his life to helping people.
Prior to becoming a judge, Leo, a graduate of Brooklyn Law School, was a practicing attorney and the proprietor of Long Island’s only  travel bookstore, TraveLore Books, in Huntington. Earlier in his legal career, he was an editor and writer for legal publications and books published by  Prentice-Hall  (William J. Casey), was editor-in-chief of Trusts & Estates Magazine, and created and edited the Community Property Journal and Equitable Distribution Reporter. He served a five-year term on the Huntington Public Library Board of Trustees, including a two-year stint as its president. An advocate of affordable housing, Leo also served on the board of the Huntington-based nonprofit, Housing Help Inc.
Even after death, his selfless acts were to have continued with the prearranged donation of his body for anatomical studies. Unfortunately, no such donations are being accepted at this time due to the current pandemic. “My dad was a humble man who embraced life and
sought to live it to the fullest,” said his son Michael. “He loved joking around, even in the courtroom, traveling the world, and, most
importantly, spending time with his family. He often planned family trips and frequently visited relatives in California and South Carolina.”
What gave him the most joy in recent years was his great-granddaughter, Ari, age 6, who affectionately called him Papa Dino.
During his final months, he also enjoyed watching all four seasons of the tv series The Marvelous Mrs. Maisel, in large part because of the childhood memories it rekindled of growing up Jewish in NYC. Leo grew up in the Pelham Parkway neighborhood of the Bronx, where his Polish immigrant parents owned candy stores. During his youth and young adulthood, he was an avid stick-ball and baseball player.
Despite growing up in New York Yankees’ turf, he was a lifelong fan of baseball’s San Francisco Giants, dating back to the team’s days as
the New York Giants.
“My dad was easy-going, compassionate, adventurous, and he had a great sense of humor,” said his daughter Karen. “He was well-liked by all who knew him.  A humanitarian, he helped to make the world a better place and there’s an emptiness without him here.”
When it is once again safe to gather, the family will host a celebration of the life of Judge Kornfeld.