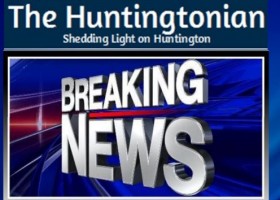 Man Shot and Killed in Garage of Home In Melville

Suffolk County Police Homicide Squad detectives are investigating the shooting death of a man that occurred at a Huntington Station home.
A group of people were in the garage of the home at 57 Murdock St. at approximately 11:55 p.m. on October 27, 2021 when a group of people, at least one of whom who was […]

Suffolk County District Attorney Timothy D. Sini today announces the launch of the District Attorney’s Office of Immigrant Affairs (“OIA”), which comprises expert prosecutors and staff who will work with immigrant communities to […]

October 26, 2021 4:56 pm Comments Off on Man Arrested for Multiple Incidents of Making Graffiti

Following an investigation by Second Precinct Crime Section officers, Thomas Rivas was arrested for spray painting “Defund the Police” or “Defund Suffolk PD” on nine buildings between March and April 2021.

Two Women Arrested for Stealing from Their Employer

October 20, 2021 3:14 pm Comments Off on Two Women Arrested for Stealing from Their Employer

Suffolk County Police arrested two women who stole more than $43,000 from their employer during a nine-month period ending in August 2021.

Elana Sofia and Sandra Bonilla, while employed at Goodwill Industries, located at 1900 Jericho Turnpike, East Northport, stole money from the company’s bank deposits from November 2020 until August 2021.
Following an investigation by Second […]

Suffolk County Crime Stoppers and Suffolk County Police Second Squad detectives are seeking the public’s help to identify and locate a man who burglarized a Huntington business in September.

The below text messages from known Republican campaign staff of supervisor candidate, Edmund Smyth, are disgraceful and a prime example of unethical and possible illegal politics.  The fact that any campaign staffer believes they can use intimidation and threats to force town employees to campaign on behalf of their candidate comes from the top of […]

Suffolk County Police Second Squad detectives are investigating a motor vehicle crash that seriously injured a pedestrian in Huntington Station Sunday, October 3, 2021 at approximately 9:50 p.m..
Christopher Simon was driving a 2017 Chevrolet SUV southbound on New York Avenue when the vehicle struck a pedestrian in the roadway at the intersection of West 4th Street […]

September 25, 2021 9:55 am Comments Off on Two Men Arrested During SLA Inspection in Huntington

EDITOR”S NOTE:
November 5, 2013 election results: Eugene Cook lost by only 595 votes and the following audit by Huntingtonians (Dems/Rep/Libertarian/Cons) Showed that in conclusion, with 853 deceased voters on the rolls, 2452 signatures that appear not to match, 131 voters registered in multiple states, there is a real danger of tampering and possibility of multiple […]