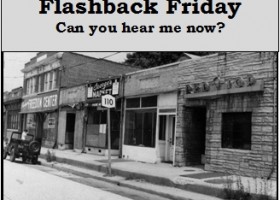 This article was originally published March 25, 2012.
Don Pius is one of the most notorious landlords in Huntington.  The history of Donald Pius in the Town of Huntington and specifically Huntington Station is a very involved story.  Over the past several decades Pius has made a fortune at the expense of his tenants and the tax payers.  […]

January 2, 2015 11:53 am Comments Off on Flashback Friday – Taxpayers Subsidize The Don Pius Scholarship

This original post is from September 27, 2011.  Update, the Huntington School district is no longer participating in this scholarship.
The Don Pius scholarship was established several years ago as part of a deal that the Town Board made with this notorious landlord.  Pius is especially well known in the Huntington School district since his more than 70 […]


This is how a typical case of a home with code violations goes through the system in the Town of Huntington. This is intended to give the reader a clear picture of why the the illegal housing problem is growing and is destroying the quality of life and contributing to the high taxes throughout our town. Since […]

This post was originally posted on September 30, 2011. Does one of these properties have anything to do with the current police activity posted today? The Huntington Station Violent Crimes Task Force was formed in July 2014 as part of a proactive overall strategy to reduce crime in Huntington Station. Since its formation the task […]

Were Laws Broken? Sounds Like Back Room Deals? Caught on Tape

This article was originally published on November 2, 2011.
The Huntingtonian was trying to obtain information regarding the rental registration law as required by Town Code (see below).  We believe the law was passed with legislation in 2002 and recently amended to include Section 8 dwellings which were previously excluded.  We were under the impression that […]

October 31, 2014 12:01 pm Comments Off on The Tale of The Councilman and Two Urban Renewal Projects

This article was originally published on October 9, 2013.

In 2009 Dormer Told Petrone To Get Serious About Code Enforcement

Does Mr. Petrone Have a Memory Problem or is it Collective Amnesia?

This story was originally published on December 5, 2011.