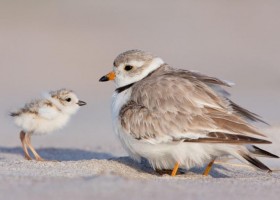 With news cycles largely focusing on the coronavirus, other public health concerns have taken a backseat, including the opioid crisis. Yet the drug epidemic ventures beyond opioids, and dismissing the dangers of non-opioid drugs could have lethal consequences. Stimulants, such as methamphetamine (meth) and cocaine, have also been rising in popularity, and early data suggests […]

PSEG Long Island encourages customers to learn how to spot the signs of fraud and scams, and report them.
This week PSEG Long Island joins Utilities United Against Scams (UUAS) to recognize National Consumer Protection Week, which aims to educate customers on how they can guard against becoming victims of impostor utility scams.
“To better protect customers, it […]

First Woman Judge Sworn in as Town of Huntington Court

September 20, 2020 12:02 pm Comments Off on First Woman Judge Sworn in as Town of Huntington Court

Supervisor Chad A. Lupinacci and Chief Administrative Law Judge Joshua C. Price joined Mara Manin Amendola, Esq. as she was sworn in to serve as an administrative law judge for the Town’s Bureau of Administrative Adjudication (BAA) on Wednesday, September 2, 2020; the BAA, or “tribunal,” is set to hear its first cases on Thursday, […]

July 20, 2020 1:38 pm Comments Off on Letter To The Editor Regarding LIPA/NatGrid Tax Case, With Criminal Implications