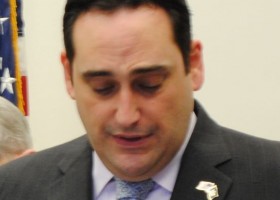 Please remember to eat, drink and bring your donor ID card or ID with name and photo

October 7, 2020 12:50 pm Comments Off on Video Of Trump Supporters in Huntington Last Week

This video above is from last weekend a parade for Trump supporters.

Letter To The Editor

First Woman Judge Sworn in as Town of Huntington Court

September 20, 2020 12:02 pm Comments Off on First Woman Judge Sworn in as Town of Huntington Court

Supervisor Chad A. Lupinacci and Chief Administrative Law Judge Joshua C. Price joined Mara Manin Amendola, Esq. as she was sworn in to serve as an administrative law judge for the Town’s Bureau of Administrative Adjudication (BAA) on Wednesday, September 2, 2020; the BAA, or “tribunal,” is set to hear its first cases on Thursday, […]

Suffolk County Police Homicide Squad detectives are investigating the shooting death of a man that occurred in Huntington Station.
Suffolk County Police Second Precinct officers responded to a 911 call reporting a man was shot in front of 328 Depot Road at Saturday, August 22, 2020 at 6:18 a.m. Upon arrival, officers found Nicholas Ehrmann on […]