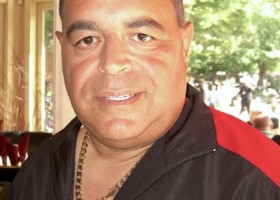 This is the time of the year when Huntingtonians love to go apple picking. Here are some of our favorite recipes to help you use all those apples you have gathered.
Apple Pie
This recipe is simple if you use a ready made pie crust.
Ingredients:
3/4 cup sugar
1/4 cup flour
1/2 tsp. nutmeg
1/2 tsp. cinnamon
6 cups apples (3 tart, 3 sweet)
1 […]

September 2, 2011 8:24 am Comments Off on Dessert Trifle – Great For Labor Day Gatherings

This simple and easy recipe is made with only a few ingredients and can be made in no time. It requires no baking and yet it is pretty to look at and delicious to eat.
Ingredients
1 box instant vanilla pudding mix
cool whip
pound cake
fresh strawberries, blueberries and bananas
Trifle bowl as pictured above or other glass (or plastic) serving dish
1. Prepare […]

This recipe is delicious, quick and easy, and it can be ready to eat in no time. It is perfect to make for impromptu company since all the ingredients can be kept on hand. Simple, impressive and a real crowd pleaser.
One graham cracker pie crust. (chocolate or shortbread would also work)
Any ice cream flavor of […]