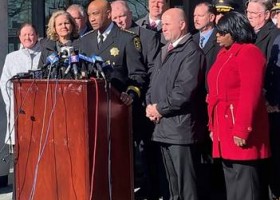 New York State’s new bail reform law took full effect on January 1, 2020. Defendants who once would have been remanded to county jails on bail for misdemeanors and some felony charges are now required by this law to be released on their own recognizance from court.
In Suffolk County, from January 1 to January 20, 2020, […]

At its January 13, 2020 meeting, the Huntington Town Board approved the allocation of $1.3 million from the Environmental Open Space & Park Fund (EOSPA), added free metered parking on four additional federal holidays and scheduled public hearings for the February 11, 2020 meeting at 7:00 PM.

The Town Board approved disbursing EOSPA Park Improvement and […]

Suffolk County Executive Steve Bellone today announced that permits for a variety of outdoor activities at Suffolk County Parks are now available for purchase at parks locations across the County.  Permits are required for activities such as horseback riding, camping, night fishing, outer beach access and more.
“After another year of increased attendance across all of […]

December 30, 2019 8:04 pm Comments Off on Former Westhampton BOMARC Missile Base Being Considered as a Potential New York State Superfund Site

December 5, 2019 by the New York State Department of Environmental Conservation that the former BOMARC Missile Base is being considered as a potential inactive hazardous waste disposal site, known more commonly as a New York State “superfund” site. The property, […]