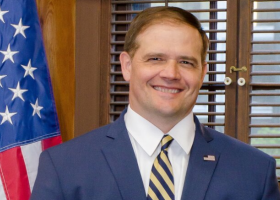 October 7, 2021 7:08 pm Comments Off on Letter to Huntingtonians -Suit Against LIPA Is a Win-Win for Huntington

Why am I running for Huntington town supervisor?
I stand with  the people and fight for the community. I am continuing to fight LIPA’s deceptive practices against the taxpayers and the rate payers with my own personally funded lawsuits.  I have uncovered two separate defenses which were never raised by the town retained tax certiorari attorneys.
What […]

Letter to Republican Candidates From a Long Time Democrat

October 7, 2021 7:02 pm Comments Off on Letter to Republican Candidates From a Long Time Democrat

Editors note. There have been many other pieces by Mr. McNally that too are totally out of character for an official and we have not printed those, on purpose.

Letter to the Editor

In an attempt to seek and retain the Working Families line, Ed Smyth Republicans candidates fail big time. Smyth’s master plan failed miserably, and he has denied it was even his plan. According to the Board of Elections unofficial results posted online Ed’s Republican’s candidates (Ed’s Para-legal)Marissa Anderson got only 5 votes verse 114 for […]

When the Democratic Party assumed control of both houses of the New York State Legislature in 2020, their first act was bail reform. By allowing those accused of all but the […]

PETITIONS SUPPORTING EUGENE COOK FOR HUNTINGTON SUPERVISOR WERE SUBMITTED TO THE SUFFOLK COUNTY BOARD OF ELECTIONS
Eugene Cook Stated in a phone call that “I’ll put my reputation up against anyone, I work for all the people in Huntington”
After a massive grassroots effect , on Tuesday, May 25, 2021, petitions were submitted at the Suffolk County […]