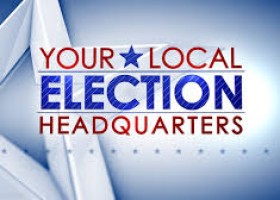 QUID PRO QUO IS THIS A PROBLEM?

REPUBLICAN AND/OR A DEMOCRATIC ISSUE?
According to the Observer June 3, 2021 article on page 23,
Working Families Party has petitions for the following election positions, which usually are Democratic Candidates:
Supervisor – Marissa Anderson (According to public social meeting posts Marissa Anderson works For Smyth Nora LLP as a paralegal. So she is running against her boss […]

“Governing is About Serving the
Public, Not Yourself”

“The aggravating news about Gov. Andrew Cuomo isn’t letting up.

OP-ED – Robert Trotta “And the band played on…”

I have spent my entire tenure as Suffolk County Legislator urging my colleagues to practice greater fiscal restraint and to make more prudent financial decisions in anticipation of an inevitable economic downturn. By in large my fellow Legislators have ignored my words, as evidenced by their approval of half a billion dollars in increases for […]

Not a new direction.
Supervisor Lupinacci campaigned on a new direction
Updated 1:45pm
OP-ED
POLITICS, NEW DIRECTION , SEXUAL ASSAULT CHARGES, SAME OL SAME OL. NOT MANAGING OUR TOWN, POLITICAL REVENGE, BUT A NEW DIRECTION.
Town Hall sources state that in the last few weeks the Supervisor cannot make decisions. Must be and or could be […]

Letter to the Editor

There are No Leashed Dog Parks in Huntington Village, Where Families and their Dogs Can Listen to Music, Attend Events, and Performances

The “Let’s Make Huntington Heckscher Park a Dog-Friendly Park!” petition at Change.org at: https://www.change.org/p/li-dog-let-s-make-huntington-heckscher-park-a-dog-friendly-park-allow-leashed-friendly-dogs was created last week to allow leashed dogs at Huntington’s popular Heckscher Park, and has already generated over 1,400 signatures. Heckscher Park is […]

The Town of Huntington continues to receive recognition from the national organization representing government finance professionals for the Town’s financial practices and the clarity in reporting and describing them for the public.
The Town was recently notified that for the 17th consecutive year, it has received a Certificate of Achievement for Excellence in Financial Reporting, the highest […]

“The Suffolk County Red Light Safety Program uses automated enforcement to enhance the safety of motorists at red light intersections located within Suffolk County,” according to the county’s Traffic and Parking Violations Agency website. However, the 2015 report recently released by the Agency tells a different story. A review of the data shows that 50% […]

COUNCILMAN COOK THANKS YOU FOR YOUR INPUT ON TERM LIMITS

July 21, 2017 6:09 pm Comments Off on COUNCILMAN COOK THANKS YOU FOR YOUR INPUT ON TERM LIMITS

Councilman Eugene Cook would like to thank the constituents who took the time to respond to his survey regarding term limits.  Interestingly, the following results stood out:

Take a Stand for Compassionate Healthcare Reform at Tonight’s Vigil

June 28, 2017 12:59 pm Comments Off on Take a Stand for Compassionate Healthcare Reform at Tonight’s Vigil

Legislator William R. Spencer, M.D. will join action groups and concerned local residents for a powerful healthcare vigil tonight to urge the Senate to work on solutions that will provide affordable and meaningful coverage for families, individuals, and vulnerable populations.  The formerly proposed Healthcare Bill, as written, would be disastrous for millions nationwide, eviscerating Medicaid […]